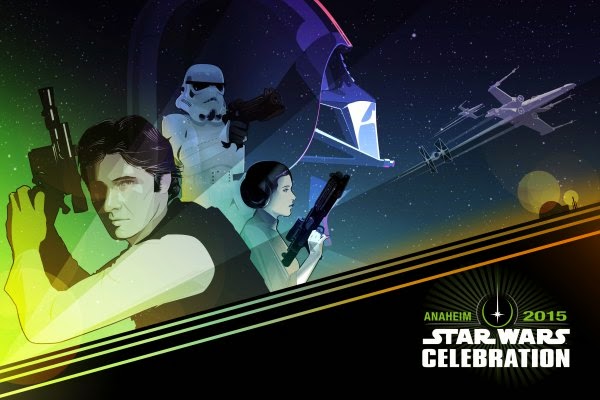 Organizers of Star Wars Celebration, the traveling confab that celebrates all things connected to George Lucas’ galaxy far, far away, are hoping to capitalize on that enthusiasm, looking to build attendance for the 2015 gathering, which rolls into the Anaheim Convention Center April 16-19. (Hero Complex readers can get an exclusive first look at the poster for the 2015 event above.)

“It’s going to be really interesting, because we are way ahead with ticket sales from where we usually are this far out,” said Mary Franklin, senior events and fan relations lead for Lucasfilm. “I feel safe saying this is going to be the biggest one yet.”

The Celebrations date back to the release of the first prequel in the “Star Wars” saga — 1999′s “Star Wars: Episode I — The Phantom Menace.” The first convention took place in Denver just weeks before “Episode I” opened; subsequent events took place in Indianapolis, Ind.; Orlando, Fla.; and overseas, in Japan, England and Germany. 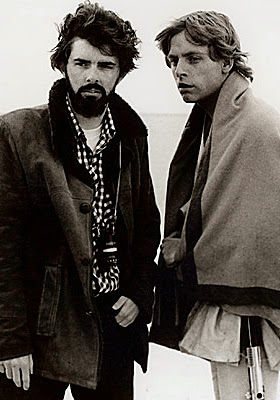 Franklin believes attendance for the 2015 gathering in Anaheim could top the record set in 2007 (the last time the Celebration took place in Southern California), when roughly 35,000 individual ticket holders turned out for the event.

While the upcoming Celebration will be the first to be held in the U.S. since Disney acquired Lucasfilm in 2012, little has changed in terms of planning the show, according to Franklin.

“The Celebration recipe is really built so much on fan passion and what the fans bring to the show,” Franklin said. “It’s really the same fan festival, just bigger.”

Programming will include interactive events — such as diorama building, Jedi training and “Star Wars” tattooing. A new session of “Star Wars University,” a classroom style presentation that in the past has featured a lesson in storyboarding with “Star Wars Rebels” executive producer Dave Filoni, also is set to take place.

As for major announcements about — or possibly early footage from — “The Force Awakens,” no details have yet been confirmed.

“We’ve got so many things coming from ‘Star Wars,’ I know it’ll be a very exciting show, I’ll say that much,” Franklin said.
Posted by anim8trix at 12:00 AM