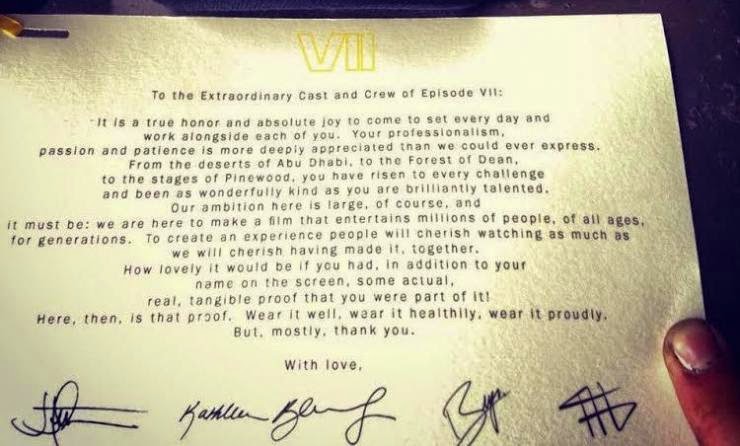 STAR WARS VII
According to The Hollywood Reporter, filming for Star Wars Episode VII officially wrapped today — though Entertainment Weekly notes minor shooting will continue for at least a few more days. Regardless of when filming actually ends, you know there are several (and several more) months of post-production and effects work still to come.

We still have more than a year to wait until we get to see it, but director J.J. Abrams has wrapped filming on Star Wars: Episode VII — and we have this note right here to prove it.
Abrams, Lucasfilm president Kathleen Kennedy and producer Bryan Burk gave out a hand-signed note to the cast and crew once filming wrapped to commemorate the accomplishment (along with a commemorative "VII" ball cap that you can almost guarantee will be selling for $1,000s on eBay soon).

Check out the full note above, and a choice excerpt below:

"We are here to make a film that entertains millions of people, of all ages, for generations. To create an experience people will cherish watching as much as we will cherish having made it, together.”

Along with the note, some pics and footage from an apparent wrap party have also made their way online thanks to co-star John Boyega's Instagram. One shot has him hanging with R2-D2, and the videos look like your typical wrap-party shenanigans. 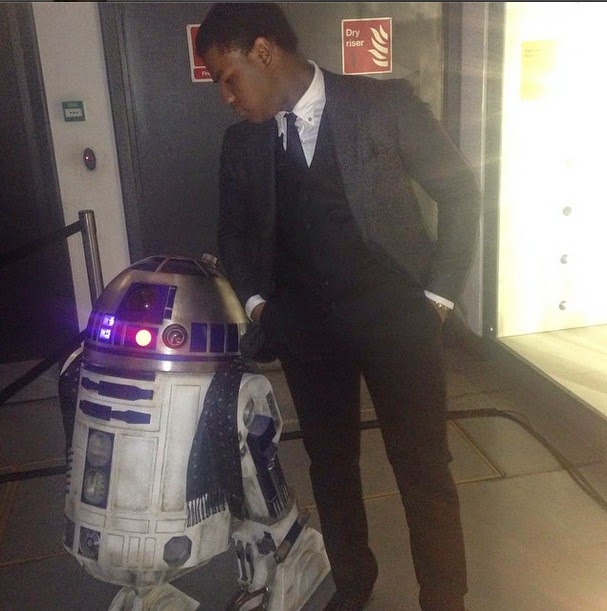