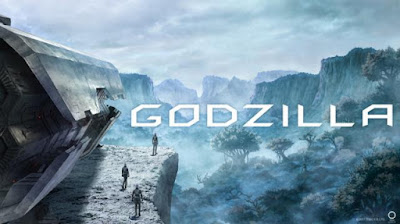 
Look out Bambi, you’re not the only cartoon game in town anymore. Toho announced that Knights of Sidonia studio Polygon Pictures will produce a Godzilla feature anime picture. The Godzilla anime will be directed by Kobun Shizuno, who directed the Detective Conan: The Darkest Nightmare and other Detective Conan movies, Fist of the North Star: The Legend of Kenshirô, Fist of the North Star: The Legend of Toki and Knights of Sidonia, and Hiroyuki Seshita (Blame!, Ajin). The screenplay will be penned  by graphic novel writer Gen Urobuchi (Madoka Magica, Thunderbolt Fantasy Puella Magi, Fate/Zero, Psycho-Pass).

The Godzilla anime feature is currently in the works for a 2017 theatrical premiere. The upcoming anime project will be the Godzilla's first animated feature film. The first time an anime Godzilla character appeared on Japanese television was in a crossover with Crayon Shin-chan on July 22. The Godzilla franchise inspired a western animated series from Hanna-Barbera in 1978 and one a follow-up to the 1998 Godzilla film.

Godzilla is one of the most recognizable symbols of Japanese popular culture around the world. Starting in 1954 and through 29 films Toho’s Godzilla was the face of atomic fears that gripped Japan since bombings of Hiroshima and Nagasaki. American films about Godzilla opened in 1998 and 2014.

The latest Godzilla film, Godzilla: Resurgence (Shin Godzilla) opened in Japan on July 29. Funimation plans to release the film in theaters in late 2016.

Legendary plans to release a Godzilla sequel in 2019. Godzilla vs. Kong is scheduled to hit theaters in 2020.
Posted by anim8trix at 12:00 AM