Twin Spica is sci-fi with heart

Why 'Twin Spica' is the best astronaut manga you're not reading 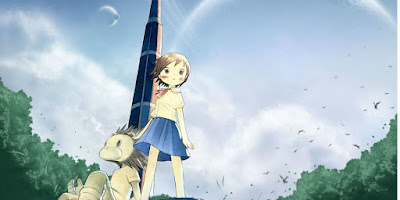 [Source: blastr] The challenges faced by people who long to go into space should make for gripping drama, but there’s surprisingly little fiction about astronauts-to-be, and most depictions of astronauts’ training home in on the real-life space pioneers of Apollo and other NASA missions. Even away from the Big Two comic book publishers, many titles mostly focus on extraordinary characters with extraordinary abilities, but there are stories that are just as compelling and more grounded in the real world.

In contrast, Japanese manga has had two recent titles which focus on wannabe astronauts. One is Space Brothers, a series by Chūya Koyama that’s still running in Japan. The other is Twin Spica, a completed manga by Kou Yaginuma. Both are magnificent, but here’s why Twin Spica is an absolute must-read.

It's sci-fi with heart 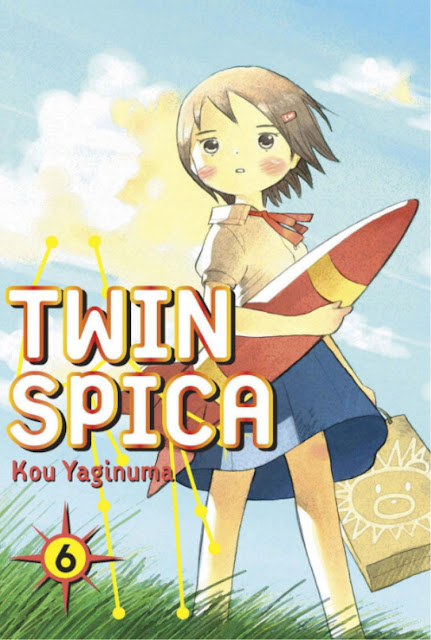 Twin Spica is about a group of teenagers who wish to become the first astronauts in Japan’s burgeoning space program. What keeps this story from turning into Space Camp 90210 is the stakes. These young astronaut wannabes are riding on the coattails of tragedy. Sometime in the near future, Japan launches its first manned rocket into space. Dubbed “The Lion” -- because the spewing exhaust fumes resemble a lion’s mane -- this landmark event is soon marred by a horrific accident. One of the Lion’s rocket boosters explodes and the rocket crashes, killing all the astronauts on board, as well as many of the spectators who had gathered to watch the launch.

After many more setbacks in the space program, the Japanese government creates a vocational high school to train young people in the space sciences. It’s as if the US responded to the Challenger and Columbia tragedies by opening up the space program to any teen who could pass the entrance exam. It’s an act of desperation, but also an act of hope. The country needs people trained for spaceflight, and it needs a lot of them very quickly. The government is literally placing the future of Japanese spaceflight in the hands of its teenagers.

The main character is a young woman with huge dreams 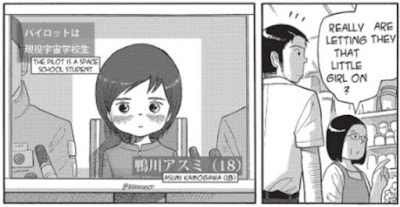 Let’s face it: A lot of Japanese manga and anime don’t portray female characters very well. In some stories, the female characters are just part of the support team for the male protagonist. The girls cheer the boys on from the sidelines while the guys are out there doing what needs to be done. Twin Spica takes this trope and switches things up. Now, it’s the young woman (Asumi Kamogawa) who gets to fight against the odds for something she believes in, while male characters give her all the support they can.

More importantly, it’s one of those rare Japanese manga that doesn’t seek to sexualize its female characters. An unfortunately large number of titles make it a point to offer what’s called “fanservice,” panels within the manga which are only meant to titillate and have no real bearing on the story or the character. There is nothing that even comes close to that in Twin Spica, so it’s easier for manga newbies to get into the story without becoming too distracted or frustrated by the art.

The odds are stacked against Asumi. Her mother died from injuries sustained during the Lion accident, and her father, an engineer on the Lion project, lost his job and his credibility after the tragedy and swore off anything to do with space. Despite all this, Asumi still develops a love of the stars and a love of space exploration. She can rattle off favorite constellations as easily as favorite foods. She knows the history of NASA inside and out and has a special fondness for scrappy Russian cosmonauts. Small for her age, she barely passes the academy’s physical exam. And yet, she clings to her dreams because it’s all she’s ever wanted to do since she was a child. Her passion is infectious and inspiring, influencing those around her in unexpected ways. When others wish to give up, she’s the one who keeps them looking forward. And looking up. She’s not the best, and she’s not the brightest, but wow does she have heart.

She’s like the Rudy of astronauts. No, even better. Rudy is the Asumi of college football.

Although set in the future, the tone is incredibly nostalgic and the artwork reflects that 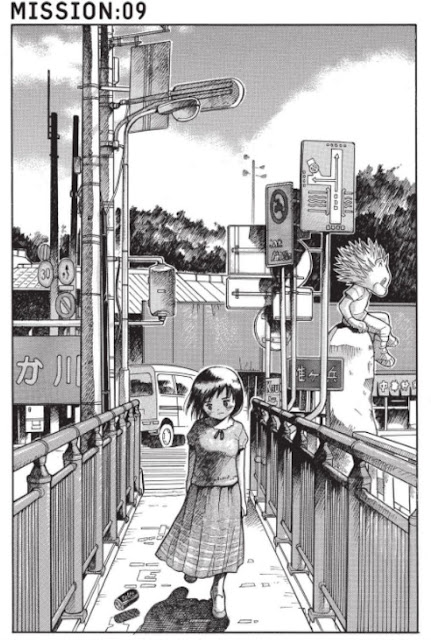 The bulk of Twin Spica is set in 2024, not too far off into the future, but closer now than it was when the manga was first published in 2001. Even though the story is set 20+ years into the future, the manga carries a distinct air of nostalgia. The settings, from small seashore towns to high school classrooms, feel oddly familiar. It definitely calls back to the awe of childhood and staring up into an infinite sea of stars, dreaming about the infinite and undiscovered worlds in the sky.

In general, the artwork gives a storybook feel, mirroring the young age in which Asumi cemented her goal of becoming an astronaut. In first grade, she answers the “what do you want to be when you grow up” question very simply: she wants to be a rocket driver and be closer to the stars. And Asumi never forgets about her child self’s enthusiasm for space. In fact, it bolsters her goal and gives her an edge over her more cynical schoolmates.

There’s actually very few depictions of the advanced technology these kids must be learning about in order to go to space, which gives those brief flashes of the future so much more impact when they do appear. It reminds us that humanity has always wished to explore the unknown, no matter if it’s the past, present, or future. That drive will always be with us.

There are hints of the supernatural within the sci-fi 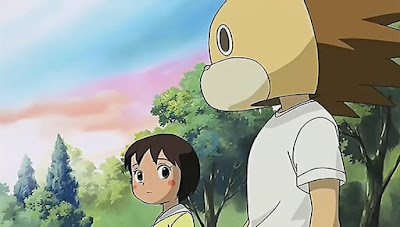 Asumi isn’t completely alone in achieving her dreams. Although her family’s personal tragedies and her strange obsession with space earn her few friends as a child, she can still count on one person to be there: Mr. Lion Depicted as a young man who wears a lion mascot head. His clothes are exactly what astronauts wear during launch: gray coveralls, large gloves, and bulky boots,  Mr. Lion is much more than just an imaginary friend. He appears soon after the Lion accident, comforting Asumi after her mother’s death and gently encouraging her interest in space.

It’s obvious that Mr. Lion is the ghost of one of the astronauts who died in the rocket explosion, and although the setup for this friendship sounds ridiculously contrived, it absolutely works within the storybook-like setting. Whenever Asumi speaks with Mr. Lion, the scenes are presented with such earnest charm that the interactions don’t feel at all forced. Mr. Lion is extremely self-deprecating, especially when Asumi accuses him of not being a very good ghost because he doesn’t spend his time scaring people. Mr. Lion, for whatever reason, truly does care about Asumi, whom he calls “Little One.”

It doesn’t shy away from the heavy stuff

As the story begins with a tragedy, Twin Spica doesn’t let up on the feels. Each of Asumi’s classmates has their own reasons for being at the academy, and they’re mired in tragedy as well. From missed opportunities to familial strife, these kids’ families are broken in some way, and perhaps that’s the reason why their goals are so huge. There is also one character who is struggling with illness, and she hopes to find a cure in orbit, in zero G.

Asumi herself has never really known her mother, who was in a coma for a year after the initial Lion explosion before succumbing to her injuries. In one flashback scene to Asumi’s childhood, her first grade class is tasked with drawing their moms for Mother’s Day. Asumi draws a figure with bandages wrapped around her face, since her only memories of her mother are after the accident. She’s mocked by her classmates for having a monster for a mom. Asumi learns from a young age that she is not like other people, that she has to work harder in order to get to the same level as her peers, and at first she’s frustrated by it. But eventually she learns that everyone has to get through tragedy, and she shouldn’t be wallowing in self-pity.

The best sci-fi stories emphasize characters over setting, and Twin Spica is the epitome of this. Every character in the story, from Asumi, to her classmates, to Mr. Lion all have a love of space and a dream to travel there. Mr. Lion, the ghost with unfinished business on Earth,  places all of his dashed hopes and dreams into supporting and encouraging Asumi, so that she might have the adventure he will never have. Even Asumi’s father softens his stance on the industry where he once failed, supporting his daughter’s dream of reaching the stars. The hope of an entire nation that’s reeling from tragedy is ultimately placed on the shoulders of a single young woman, and that’s a powerful message for all of us. We have to believe in the dreams of the young, because they will carry the future.
Posted by anim8trix at 12:00 AM