Sword Art Online to be a live-action TV series 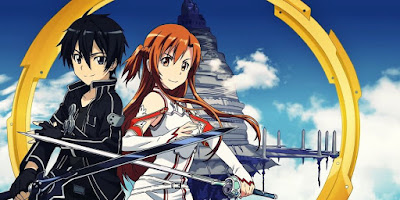 
According to The Hollywood Reporter, Laeta Kalogridis (Shutter Island, Terminator Genisys, Netflix's upcoming Altered Carbon, Alita: Battle Angel) will write the pilot and executive-produce the series for Skydance Television. Since it’s still pretty much early days, there’s currently no network attached to the series. Yet. Oh, and just so you know, Laeta Kalogridis was also an executive producer on Avatar. So she's got a fair amount of geek cred.


Skydance has acquired the global live-action rights to SAO in partnership with Kadowawa Corp, and the goal is to fast-track launching a new franchise by developing the first Sword Art Online live-action television series. Here's how Sydance describes the series:


“[It] follows[] a brilliant young beta tester Kirito and his group of friends when they are trapped — alongside 10,000 other people — in a next-generation virtual reality online role-playing game. The game is a world unto itself: filled with sword fighting, monsters, magic and mystery, where the stakes are life and death. Kirito and an ensemble of diverse characters must fight their way through this hostile environment while making lives for themselves in the fantastical world that is Sword Art Online.”


“At Skydance we are in the business of world-building and SAO is a massive pop-culture phenomenon from which we plan to launch a full-scale and wide-ranging set of live-action franchise extensions across our business verticals, beginning with television. We look forward to working alongside Laeta, Reki Kawahara and the teams at Kadowawa and Aniplex to build out a deeply immersive new universe of SAO in an authentic way that honors its well-established fan base around the globe.”


Sword Art Online is a Japanese light novel (meaning they target the young adult crowd) series written by Reki Kawahara and illustrated by abec. Since 2009, the books published by Kadowawa have sold more than 19 million copies worldwide.


There are eight manga adaptations and even a video game, which has sold nearly 2 million copies and was downloaded more than 9 million times since the game’s release in 2013.


Two anime TV series are currently available on Netflix, distributed by Aniplex and animated by A-1 Pictures. There’s even an animated movie, titled Sword Art Online the Movie: Ordinal Scale, set to open on the big screen in Japan in 2017.
Posted by anim8trix at 12:00 AM