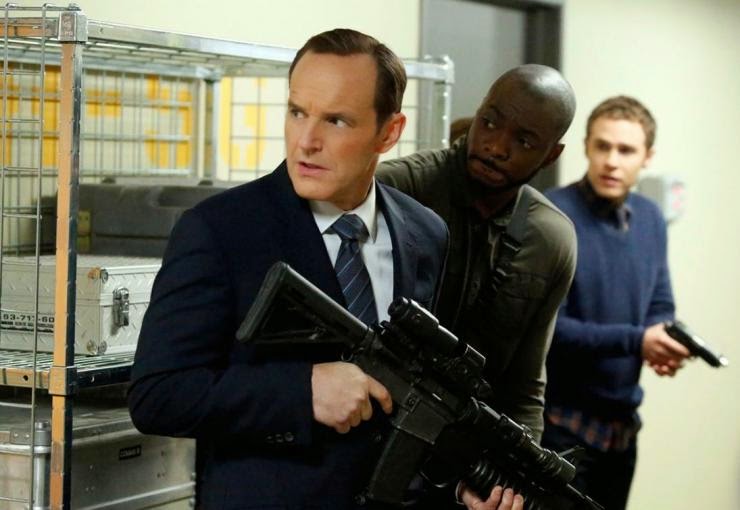 The Agents of S.H.I.E.L.D. team brought plenty of new goodies with them to San Diego Comic-Con this year.


Lucy Lawless is set to join the series in a recurring role, and now that role has been revealed. She'll play Isabelle Hartly, a character showrunner Maurissa Tancharoen described as someone you don't want to mess with:

"She will play a long-time S.H.I.E.L.D. veteran," Tancharoen said. "She's tough. She may have a knife that's always by her side."

So, it doesn't seem like Lawless will be playing an existing Marvel Comics character on the show, but it does look like she'll join the series ready to fight.

Speaking of existing Marvel Comics characters, though, the show also announced three of those who will join the show next season. British actor Nick Blood will play Lance Hunter, a character who, in the comics, led the British intelligence agency S.T.R.I.K.E.. This incarnation, though, won't be heading up a spy agency. Instead he'll play a mercenary who'll get a call for help from Director Coulson. On the villain side of things, Dollhouse co-star Reed Diamond will appear as Daniel Whitehall, also known in the comics as "Kraken," who'll be a new H.Y.D.R.A. adversary for the team.

That seemed to be the end of the character news, but then a teaser was shown featuring Patton Oswalt as two different incarnations of his Agent Koenig character, and another name was dropped. Check it out and hear which Marvel superhero is headed to the show.
Posted by anim8trix at 6:55 PM