Christopher Nolan and Insterstellar at Comic-Con 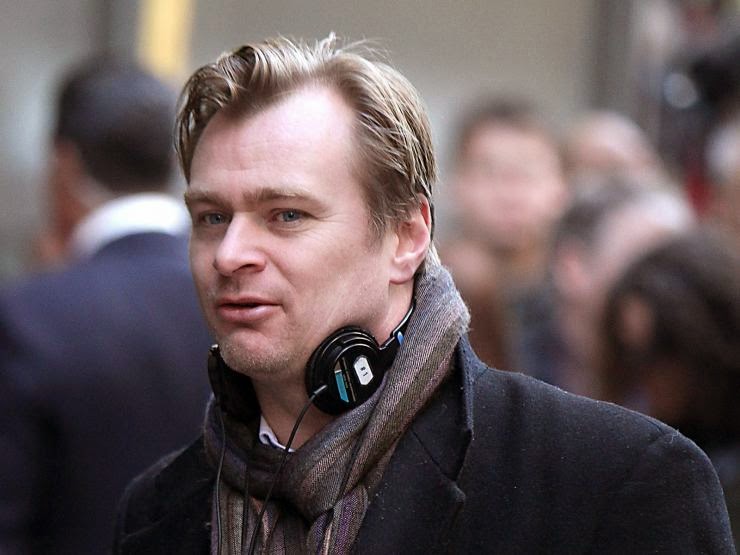 [Source: blastr.com] Even though he's made three of the biggest superhero movies of all time with the Dark Knight trilogy, Christopher Nolan has never made the trek to Comic-Con. Until now.

In a surprise visit (that was heavily rumored just an hour or two beforehand) at the end of a larger Paramount presentation, Nolan turned up at the gigantic fan celebration for the first time ever on Thursday -- showing up in Hall H along with fellow first-timer Matthew McConaughey to promote their upcoming film, Interstellar, with a brand new trailer. 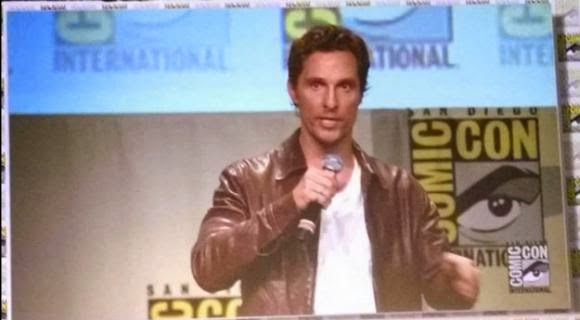 McConaughey came out first, introduced by moderator and EW editor Matt Bean, but said very little about the film -- par for the course for all Nolan projects -- except to enthuse that the director's "reach had exceeded his grasp" and he had made his most ambitious movie to date. Bean and the Oscar-winning actor then welcomed the director the stage to a hugely appreciative reception from the audience.

The typically reserved Nolan thanked the fans for all their support and said he finally came to Comic-Con to "See what all the fuss was about." But on a more serious note, he said he made Interstellar because "I grew up in a time when to be an astronaut was the highest ambition. The idea that we'd keep exploring space, pusdhing farther and farther out, seemed inevitable. I felt that had fallen off greatly over the past couple of decades."

Nolan said he shot most of the film in IMAX because he "Wanted to use the biggest canvas possible to show audiences the biggest phenomena we could." 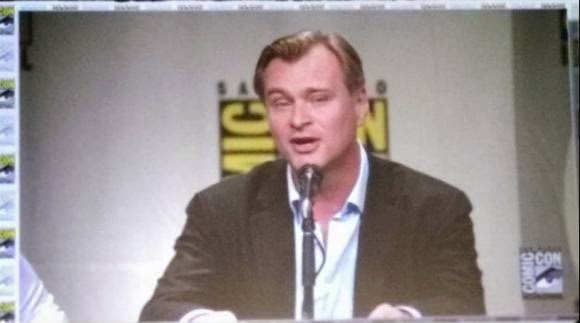 The new trailer, unspooled exclusively at the con ahead of its release to the general public, shows more of the vast journey to the stars that McConaughey and Anne Hathaway undertake, with a quick montage of dazzling inmages that appear to show the crew exploring a silvery alien landscape and possibly coming across a new life form.

The imagery recalled 2001, which Nolan cited as his single biggest influence on this film, adding, "You'll see all the things I've ripped off and I'm not joking when I say that." He recalled going to see a reissue of 2001 as a boy with his father, saying he wanted to recreate that eye-filling experience for families today.

Nolan's appearance was hopefully the first of many surprises happening this weekend at Comic-Con, so stay tuned!
Posted by anim8trix at 6:00 PM