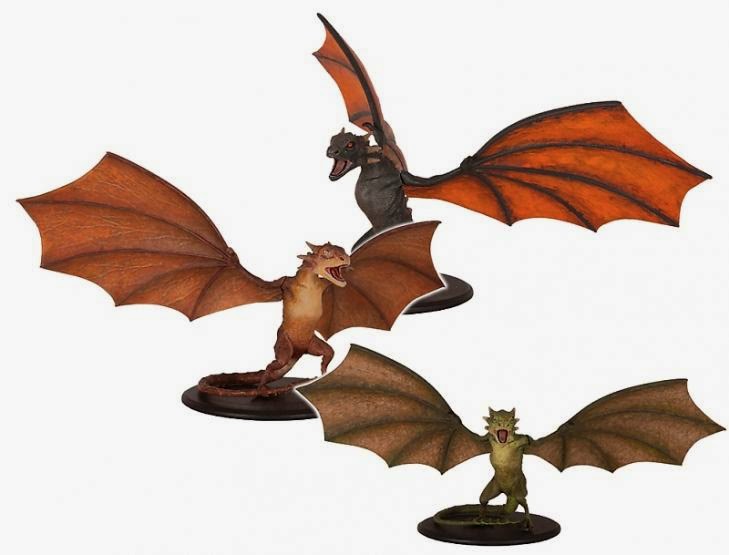 [Source: blastr.com] It's Comic-Con time, and that means there are plenty of awesome new goodies to pick up.

San Diego Comic-Con has a lot of things worth checking out. You can watch your favorite celebrities talk about their work at the blockbuster Hall H panels, see what's next from your favorite comics publishers, get signed artwork from your favorite creators, pick up rare comics that you might not find anywhere else, or just enjoy all the awesome cosplay. Comic-Con also means plenty of exclusive merchandise for conventiongoers to get their hands on, and every year it seems like more and more toys, books, shirts and other, sometimes once-in-a-lifetime collectibles pop up.

But of course, you don't want to drop your hard-earned cash on just any old piece of memorabilia. No, you're looking for the cream of the crop, the stuff you'll proudly display for the rest of your life. So we've gathered more than two dozen Comic-Con International exclusives in the gallery below, from affordable comics and t-shirts to pricey replicas, from fandoms all across geekdom.

We did our best to find something for everyone, and we included pricing (when available) and booth information to help you track down what you want. Check out what we picked below, and head over to the official Comic-Con website to find out more about the many, many exclusive items being offered this year. 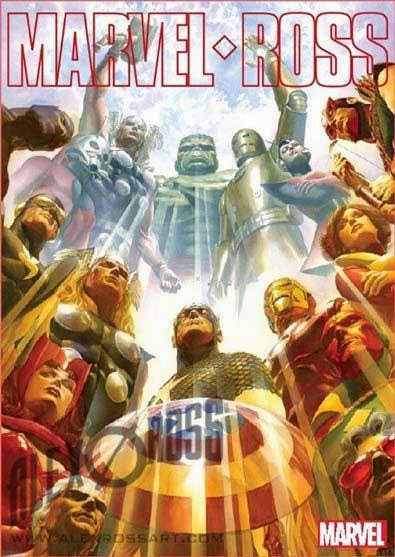 Marvel-Ross signed hardcover ($30, Booth 2419): One of comics' most enduringly popular artists, Alex Ross always brings plenty of limited edition prints and other goodies to San Diego. If you want the most bang for your buck, though, you might consider this 48-page, hand-signed book collecting Ross' renderings of all of your favorite Marvel Comics superheroes. 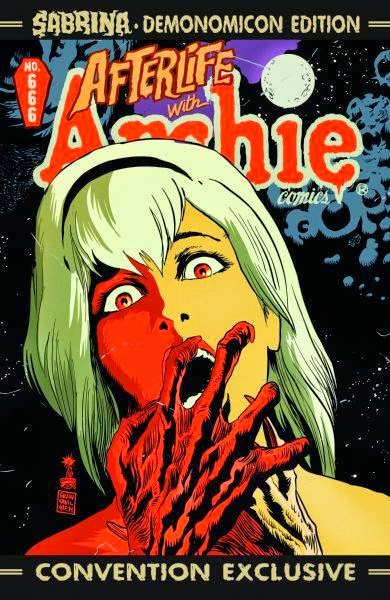 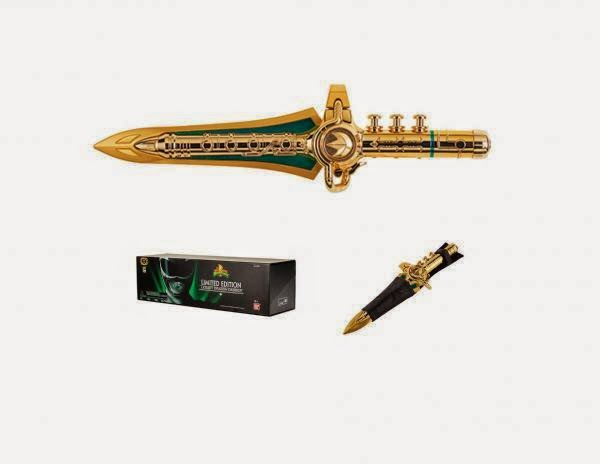 Might Morphin Power Rangers Limited Edition Legacy Dragon Dagger ($150, Booth 121): For the die-hard Power Rangers fan, this might be a must-have, a full-sized replica of Tommy Oliver's legendary dagger made from die-cast parts and featuring 24-carat gold plating. You can even summon the Dragonzord with it. 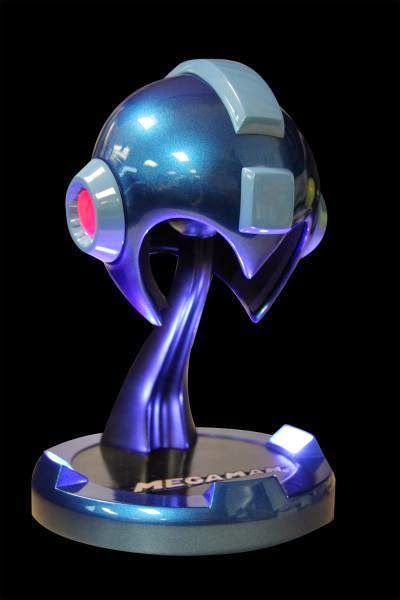 Mega Man Helmet Replica ($80, Booth 215): CAPCOM knows you can't get enough Mega Man, so this year they're offering this 10-inch tall replica of the video game legend's helmet, featuring LED lighting to make it really stand out when you display it. 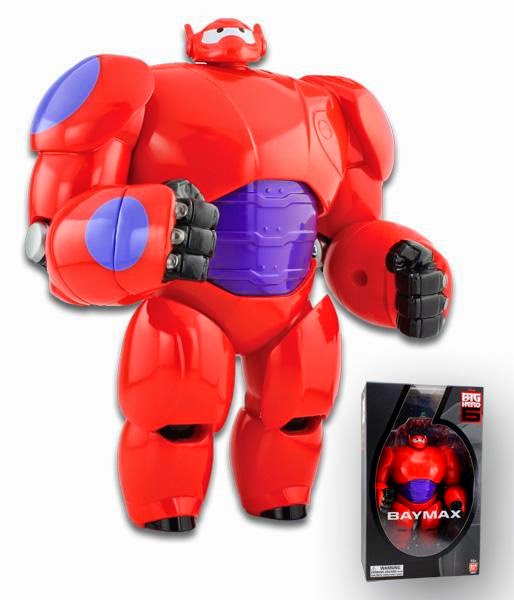 Big Hero 6 Limited Edition Baymax Figure ($30, Booth 3635): Before Big Hero 6 hits theaters this fall, get a jump on the fun with this six-inch first edition figure of Baymax, featuring a punching action feature (and you know how much you loved figures with punching action when you were a kid). Get it for the young superhero fan in your life, or just get it for yourself. Either way, you'll be ready when the movie comes out. 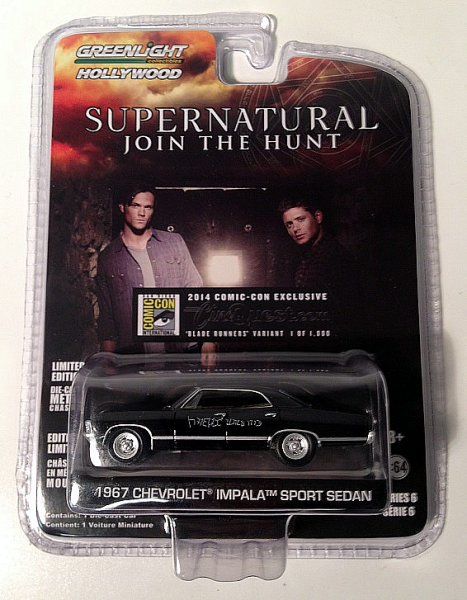 Supernatural Die-cast Impala "Blade Runners" variant ($15, Booth 4738): Supernatural turns 10 next year, and while you still might not get to ride with the Winchester brothers in their legendary '67 Impala, you can get a little closer with this die-cast car featuring the Enochian warning carved in the side from the season nine episode "Blade Runners."

Star Trek Battle Damaged USS Excelsior ($70, Booth 2607): So you've already got every version of the Enterprise, plus a Klingon Bird of Prey, plus a Borg Cube in your personal Star Trek replica fleet. What's next? How about this limited edition USS Excelsior featuring battle damage, light effects, and dialogue from its captain, Hikaru Sulu? 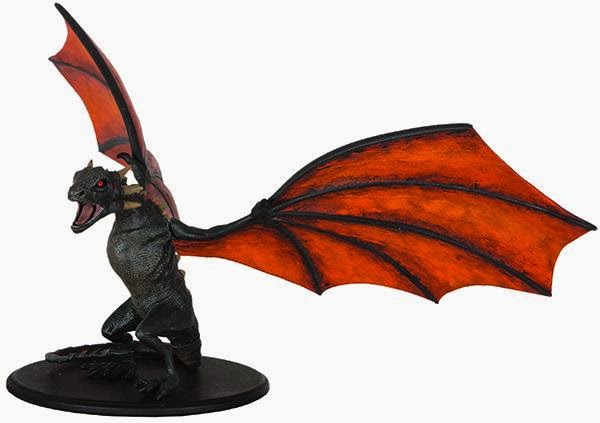 Game of Thrones Dragons ($35 each, $90 for all three, Booth 2615): Be the Mother (or Father) of Dragons in your own home with these limited edition replicas of Daenerys Targaryen's legendary dragons Drogon (pictured), Rhaegal, and Viserion. Each dragon stands at three inches tall with a six-inch wingspan. 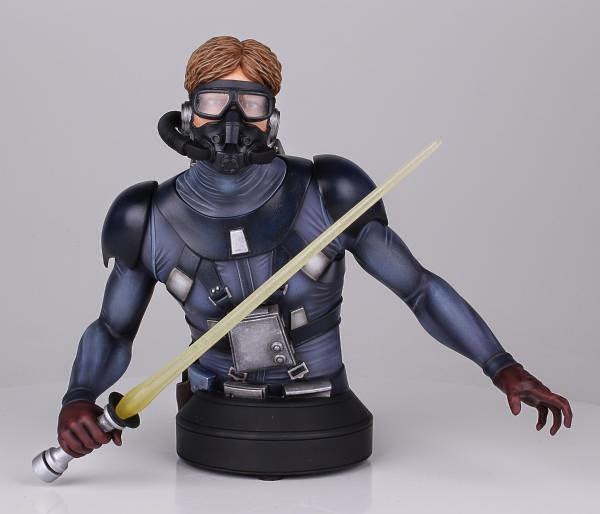 Luke Skywalker McQuarrie Concept Art Mini Bust ($85, Booth 3513): For the Star Wars completists, here comes a digitally sculpted, hand-painted bust of Luke Skywalker based on the legendary Ralph McQuarrie's original concept art for Star Wars. Each one is individually numbered and comes with a certificate of authenticity, plus the satisfaction of explaining to your friends how different Star Wars might have been, once upon a time. 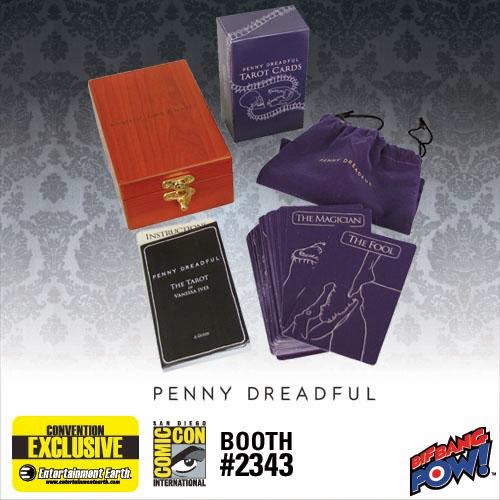 Penny Dreadful Tarot Cards ($50, Booth 2343): If you've become a fan of Showtime's new horror series, you might want to pick up this set of 78 Tarot cards featuring an engraved box and a velveteen bag to keep everything nice and tidy. The set also comes with an instruction packet, so you can take these home and tell your friends and family just how dark their futures will be. 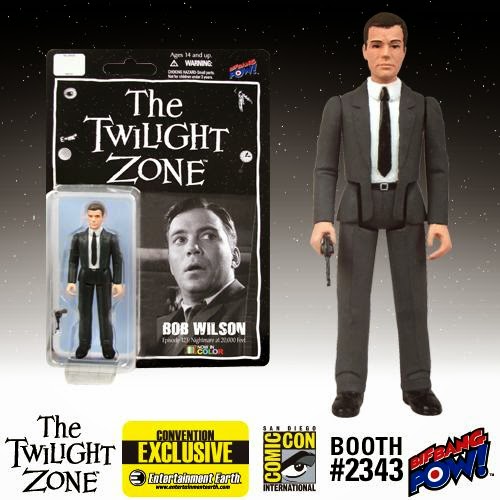 The Twilight Zone Bob Wilson Action Figure ($15, Booth 2343): You might already have plenty of William Shatner Captain Kirk action figures, but now's your chance to get his character from the classic Twilight Zone episode "Nightmare at 20,000 Feet," featuring five points of articulation and a gun accessory. And as a bonus, you can pick up the Gremlin figure from that episode at the same booth. 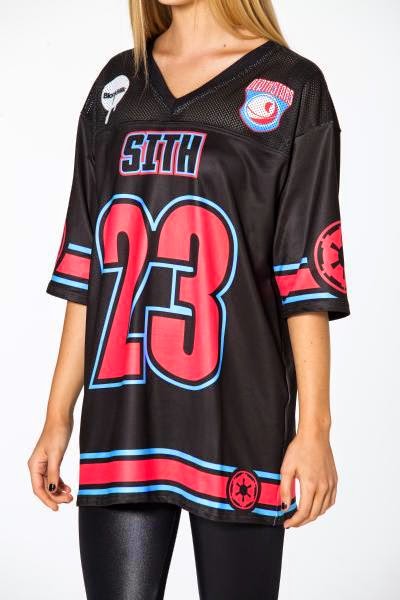 Sith Touchdown Jersey ($100, Booth 2913): Black Milk Clothing has impressed plenty of fans lately with its geek-friendly garments, and now both guys and girls can get in on the fun with this unisex jersey celebrating the Dark Side of Star Wars. Pick it up and wear it this fall for football season. 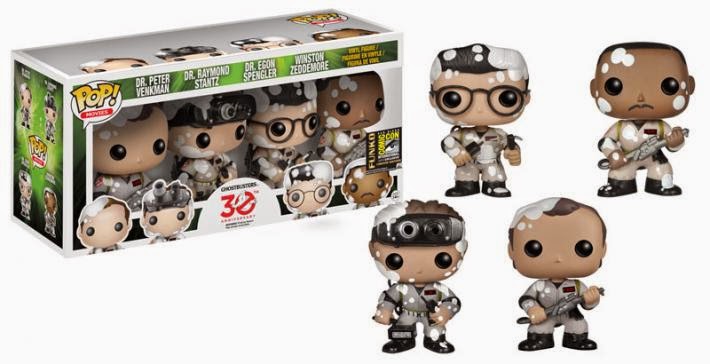 Ghostbusters Four-Pack POP! Vinyl Figures (Booth 5343): It's the 30th anniversary of one of the greatest comedies ever, and Funko has plenty of Ghostbusters figures to celebrate. They've got plenty of goodies to pick up at their booth, but if you want the whole Ghostbusters gang, try this four-pack complete with Stay-Puft goo. 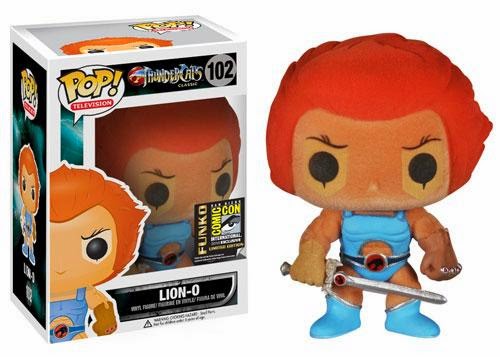 Thundercats Flocked Lion-O POP! Vinyl Figure (Booth 5343): Funko's also offering some Thundercats fun this year, so if you're still longing for more of that beloved series, be sure to look for this Lion-O. And you can get a Mumm-Ra too! 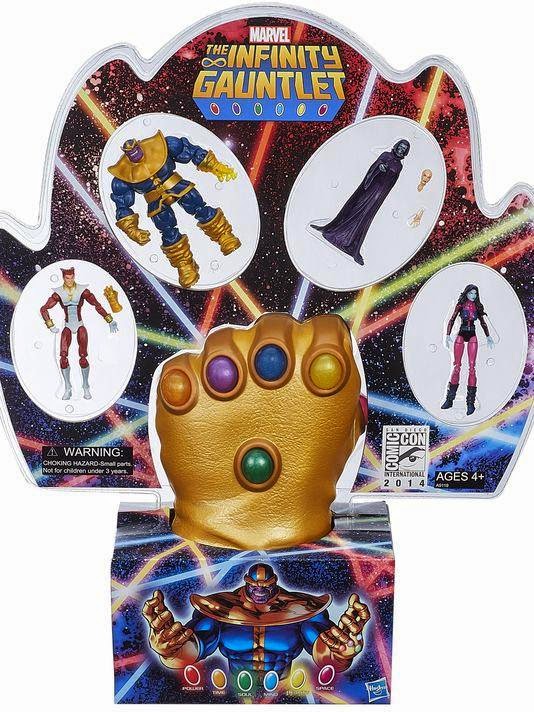 Infinity Gauntlet Action Figure Set ($74.99, Booth 3329): Just in time for Guardians of the Galaxy, get your Thanos on with this set from the classic Infinity Gauntlet storyline, featuring 3.75" scale figures of Thanos, Mistress Death, Starfox, and Nebula, plus a wearable Infinity Gauntlet so you too can wield power over the whole galaxy. 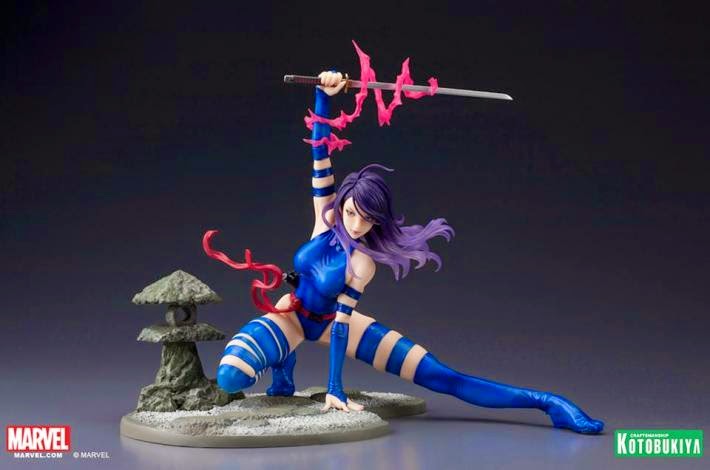 Classic X-Men Psylocke Statue (Booth 2601): If you want more classic Marvel Comics figures for your collection, be sure to check out this impressive Psylocke statue, limited to a one-time only, 1500-piece run. If you're a big fan of Betsy Braddock, get her while you can. 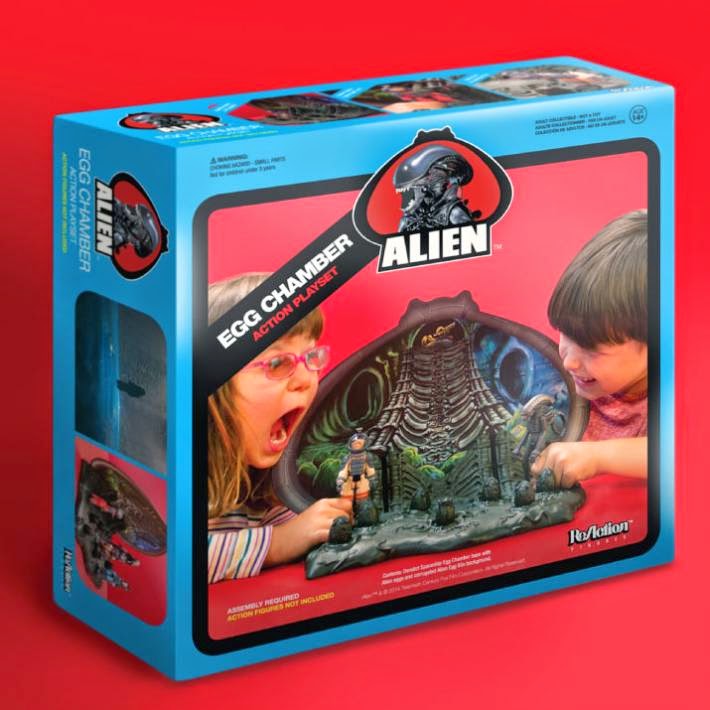 Alien Egg Chamber ReAction Playset (Booth 4945): Alien fans won't want to miss this. Packaged in an awesome retro box, this playset recreating the egg chamber from Ridley Scott's classic 1979 film is limited to only 250 pieces, and it's one of the most anticipated exclusives of the con. So if you want one, you'll need to move fast. 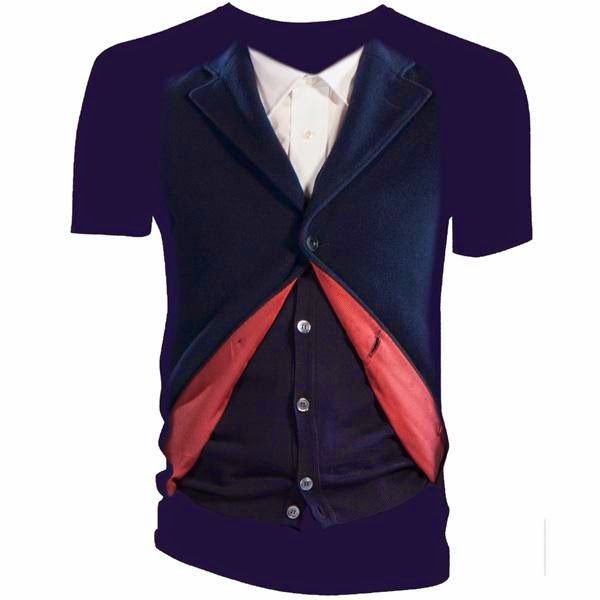 Doctor Who Twelfth Doctor Costume T-shirt ($23, Booth 5537): In anticipation of the Twelfth Doctor's first adventure later this summer, pick up this t-shirt that replicates his new costume, complete with red-lined coat. 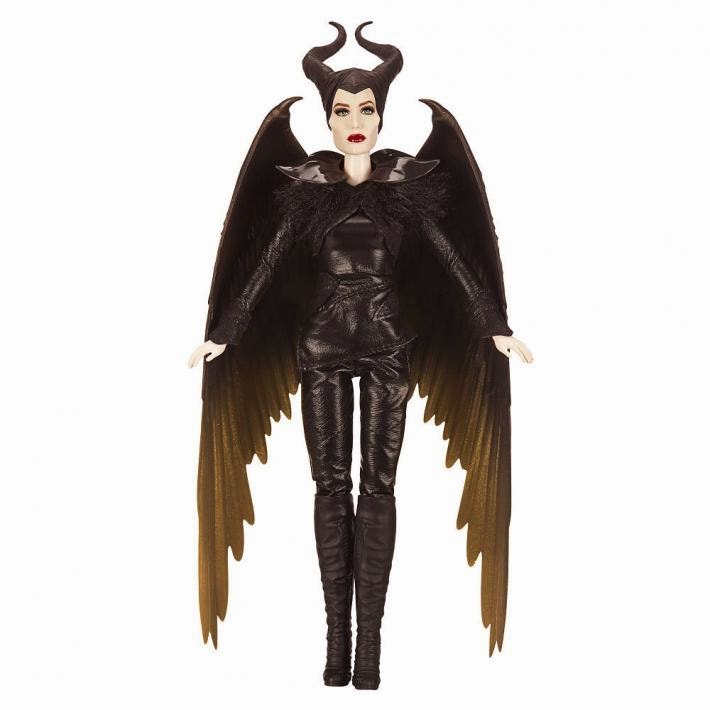 Winged Fairy Maleficent ($30, Booth 2343): If you were a fan of Angelina's new take on the classic Sleeping Beauty villain, make her fly again with this exclusive action figure.

Teenage Mutant Ninja Turtles Classic Action Figures ($20 each, booth 2343): If you're still anxious about how the new TMNT film will turn out, make yourself feel better by picking up these classic figures based on the designs for the original live-action film. 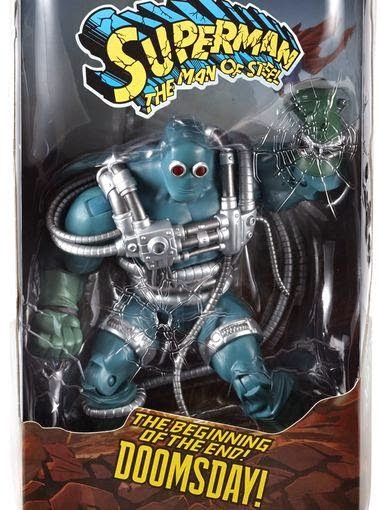 DCU Classics Doomsday Figure ($35, 3029): The villain who killed Superman is back in this classic figure that replicates the original suit Doomsday wore before he broke out into the monstrous form that slayed the Man of Steel. 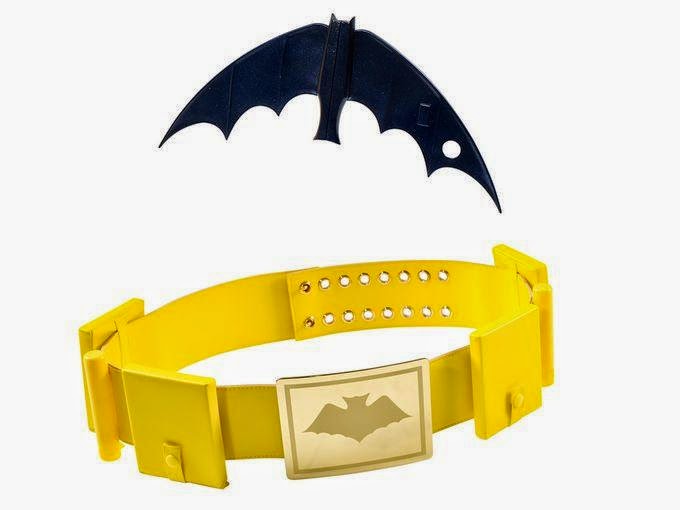 Classic Batman Utility Belt ($125, Booth 3029): 2014 is the year of Batman, and you can celebrate in a number of ways, including with this replica of Adam West's utility belt from the original Batman TV series. It also includes a 12-inch Batarang, which folds up and fits into the belt for easy storage and deployment. 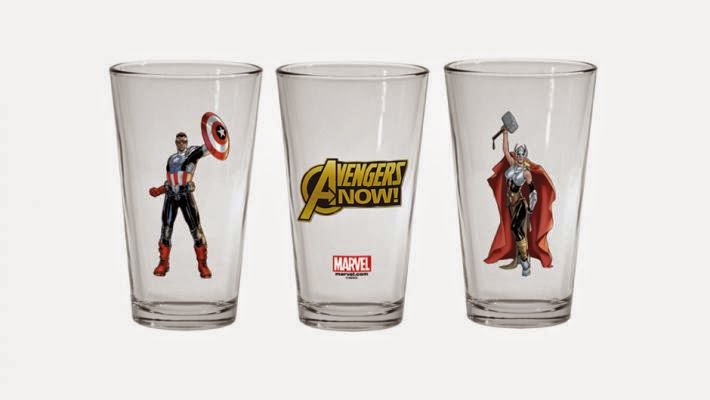 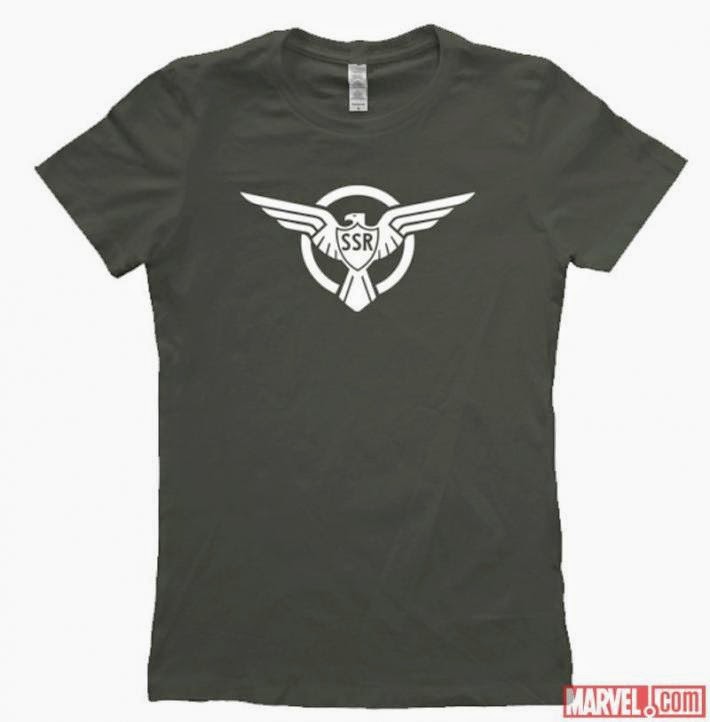 Marvel SSR Ladies T-shirt (Booth 2329): Celebrate Marvel's Agent Carter by joining Peggy's agency with this Strategic Scientific Reserve t-shirt. It's one of many t-shirts Marvel is offering this year, but it's also the one that best exemplifies that ass-kicking women of the Marvel Universe. 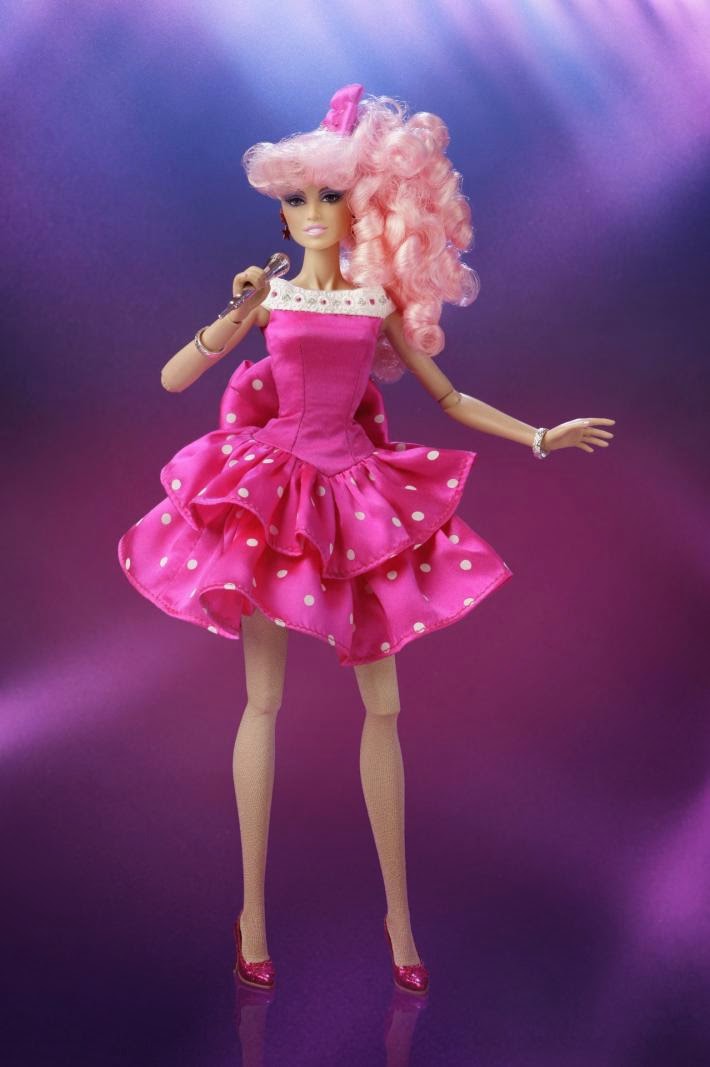 Rockin Romance Jem Doll ($140, Booth 3329): For a truly, truly, truly outrageous collectible, pick up this 12.5-inch rendering of everyone's favorite glamorous rockstar, featuring an equally outrageous retro package. It's just the thing to tide you over until that Jem movie finally hits.
Posted by anim8trix at 6:20 AM