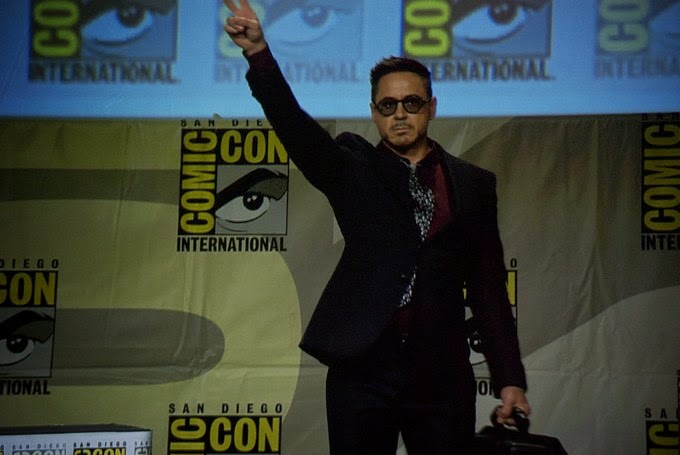 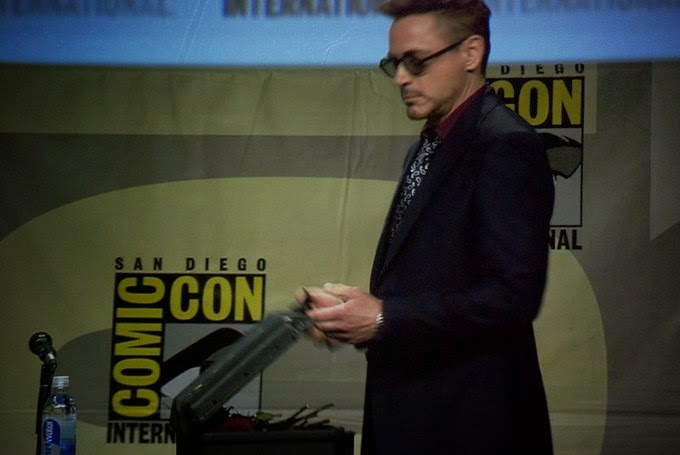 There were red roses in there, which he threw to the crowd, saving some white roses for the ladies in the cast. The whole cast (minus Scarlett Johansson, who was too pregnant to travel) came out one at a time. Jeremy Renner in particular seemed in the spirt, still dancing to MJ. 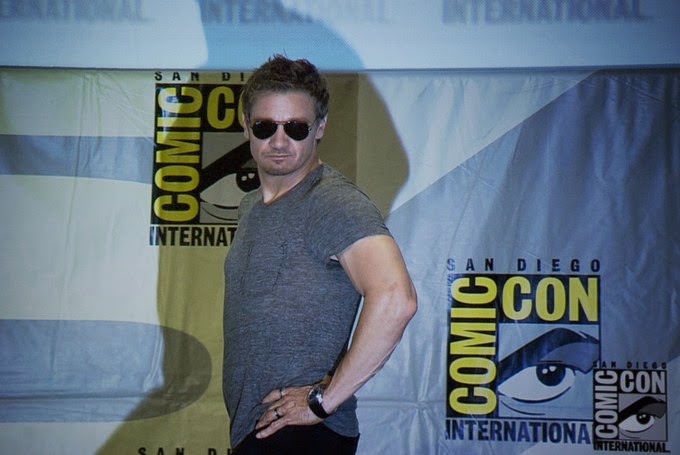 Samuel Jackson had a different approach... 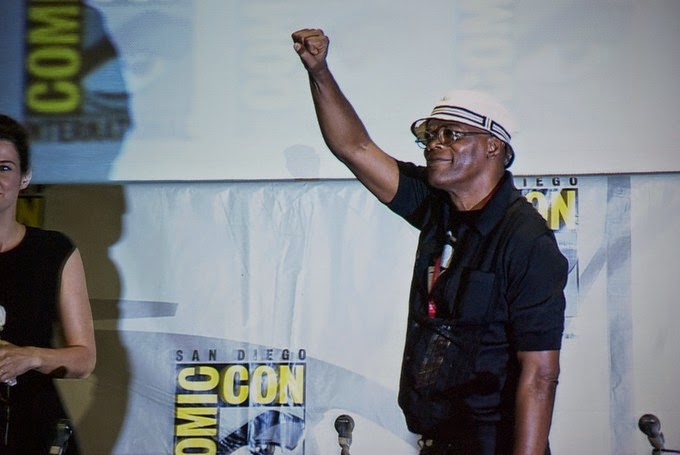 One by one they came out onto the stage... 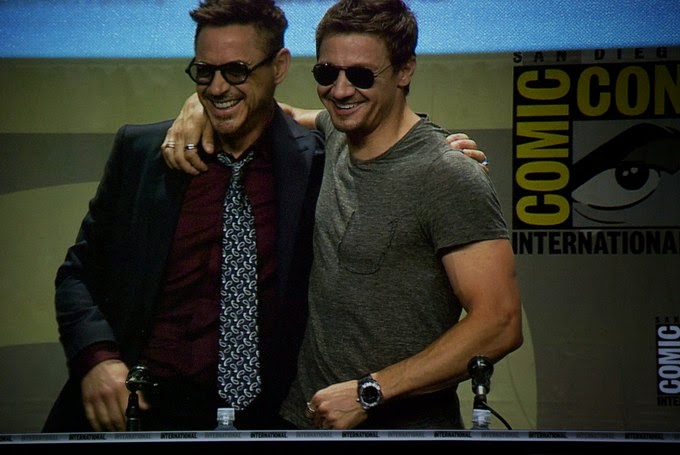 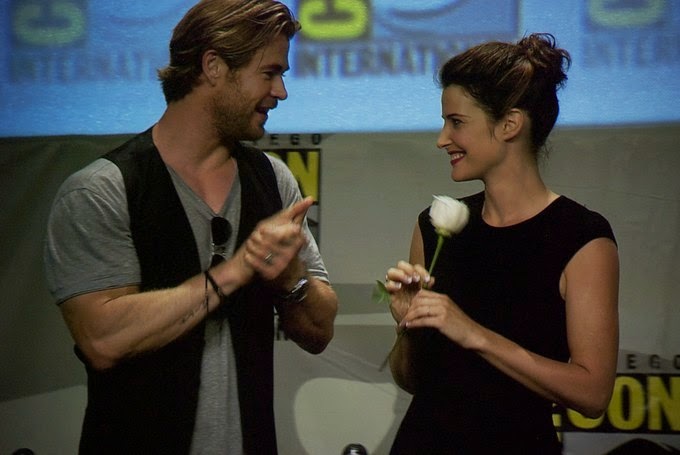 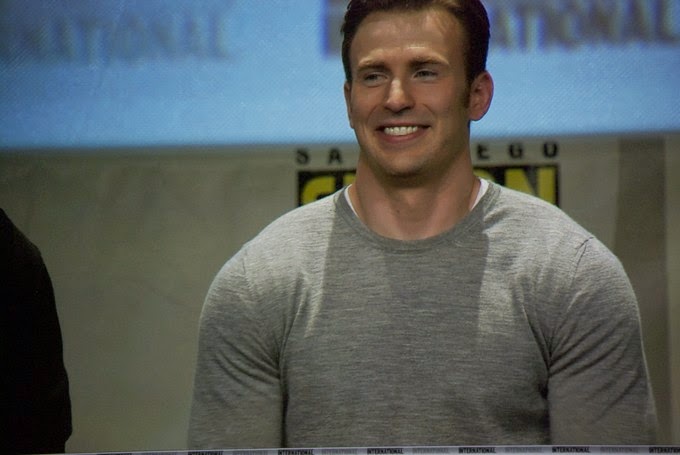 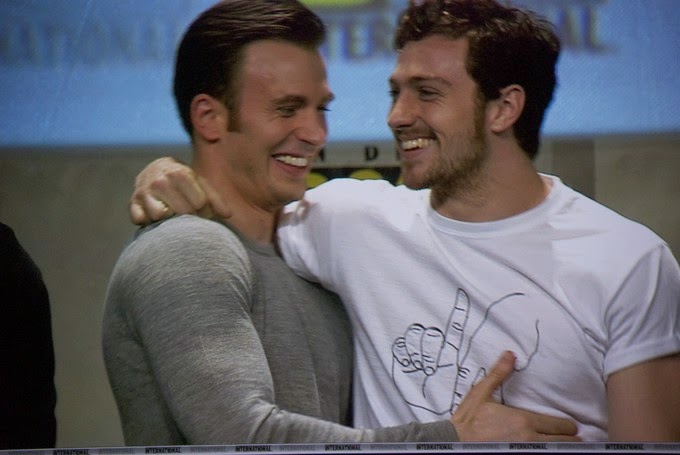 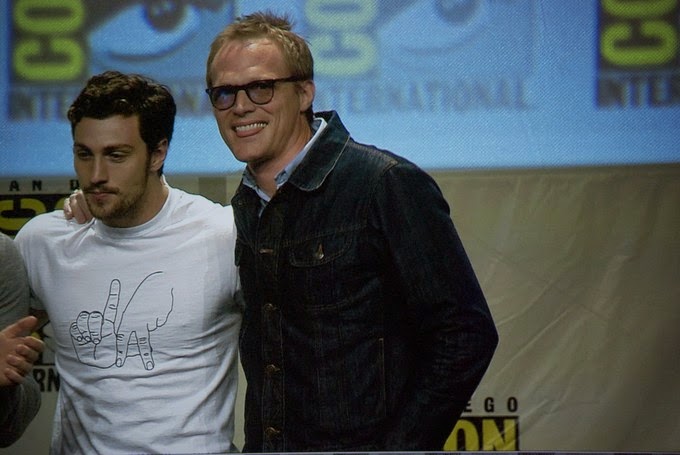 Now for some highlights from the panel itself: 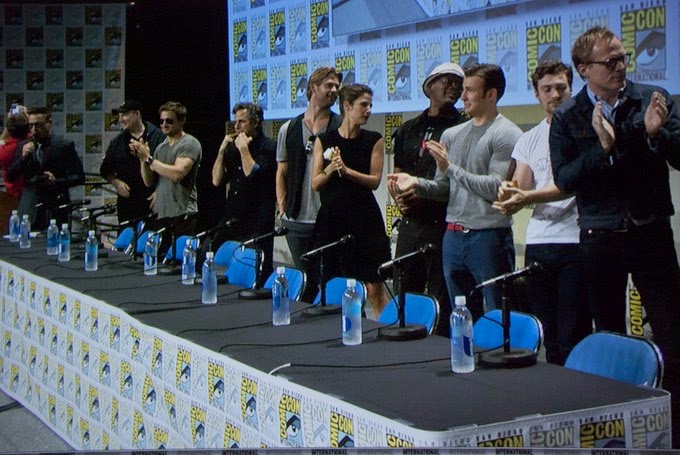 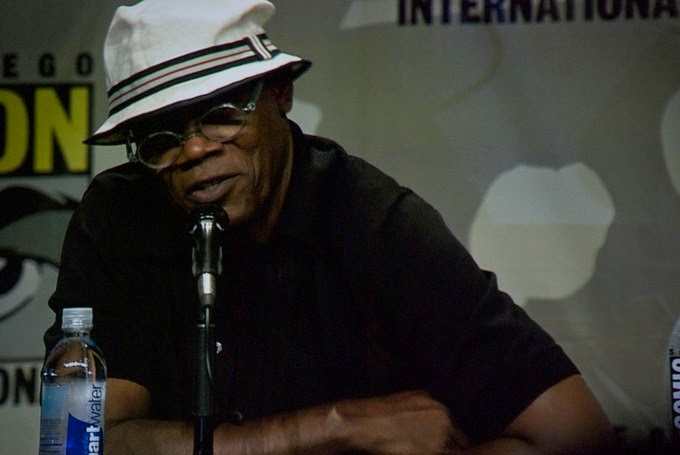 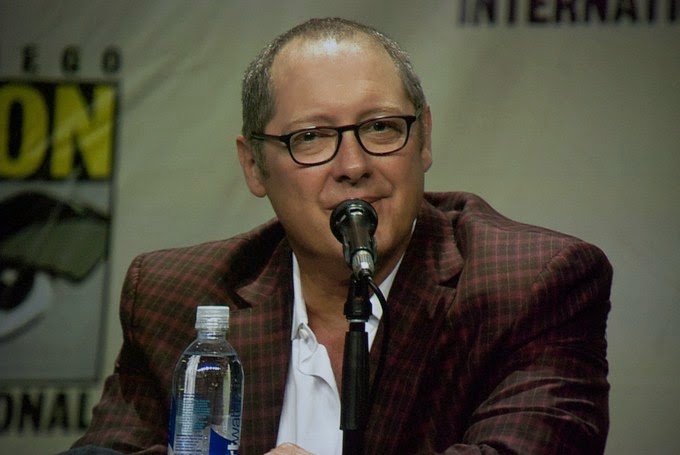 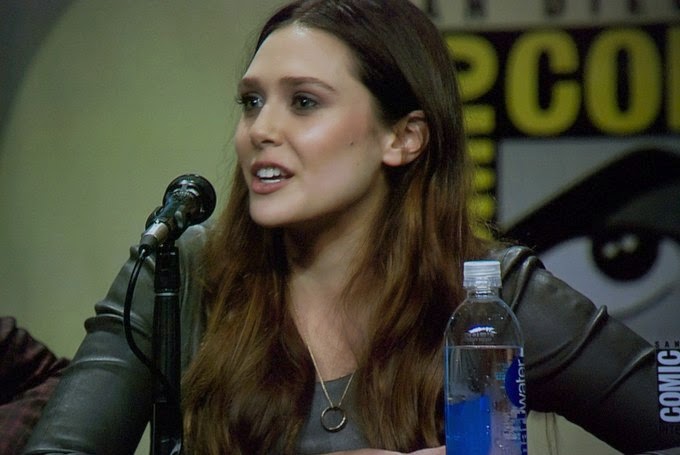 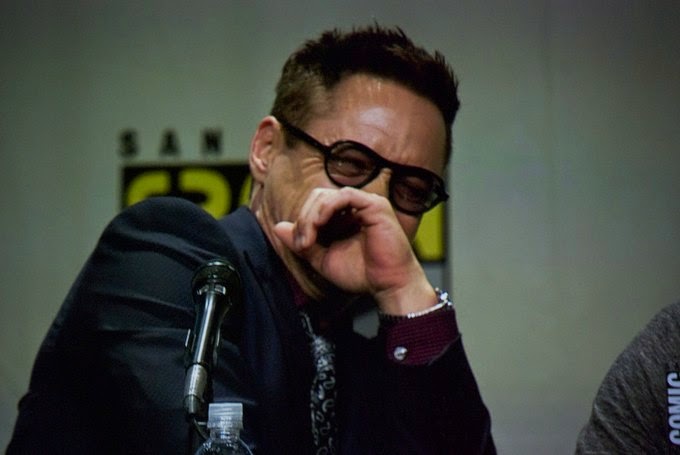 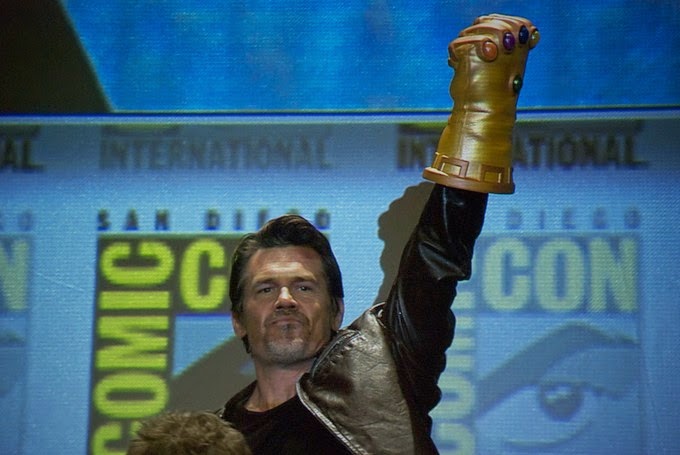 Downey tried to barter peace by giving him the last remaining rose...
This is what happened: 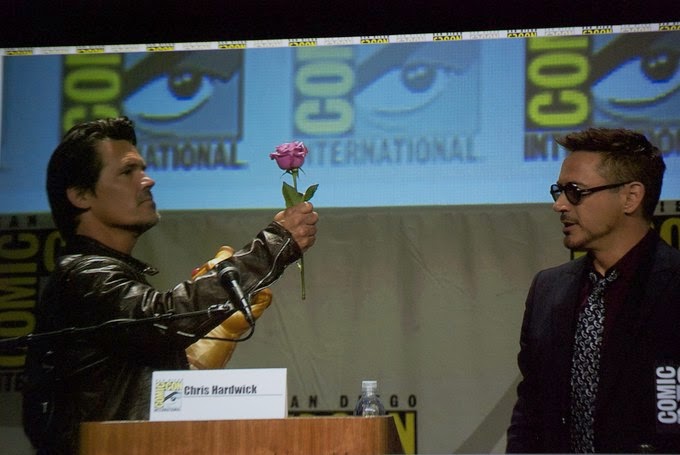 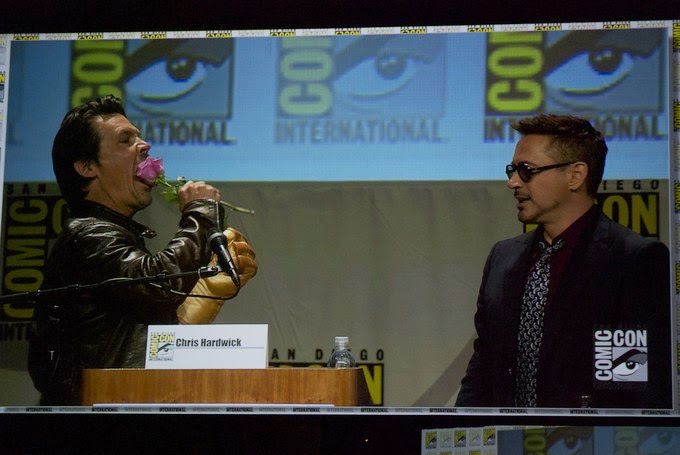 He actually did eat the rose, by the way.

So, there you go. Awesome panel, awesome footage.
Marvel does it again at the 2014 San Diego Comic-Con!

UPDATED! Video Footage of the Panel
Posted by anim8trix at 6:25 PM