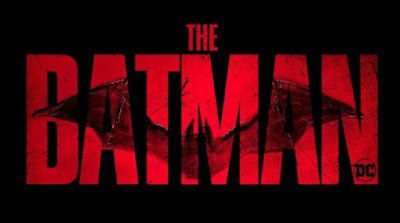 THE BATMAN
The Batman is an upcoming American superhero film based on the DC Comics character of the same name. The film is being produced by DC Films and distributed by Warner Bros. Pictures, and is a reboot of the Batman film franchise. The film is directed by Matt Reeves, who wrote the screenplay with Peter Craig. It stars Robert Pattinson as Bruce Wayne / Batman, with Zoë Kravitz, Paul Dano, Jeffrey Wright, John Turturro, Peter Sarsgaard, Barry Keoghan, Jayme Lawson, Andy Serkis, and Colin Farrell rounding out the ensemble cast.
▶ Watch the Trailer
After he was cast as Batman in Batman v Superman: Dawn of Justice (2016), Ben Affleck began developing a DC Extended Universe (DCEU) Batman film with Geoff Johns, and was attached to direct, write, produce, and star. In January 2017, Affleck stepped down from directing and writing after struggling with the story and so he could focus on playing Batman. Reeves took over directorial and scripting duties the following month and reworked the story to focus on a younger Batman, hoping to emphasize the detective aspect of the character to a greater extent than previous films. The film's connections to the DCEU were also dropped. Affleck stepped down from starring in January 2019, and Pattinson was cast the following May. Principal photography began in London, England in January 2020 but was suspended in March due to the COVID-19 pandemic. Production is expected to resume in early September.
The Batman is scheduled to be released on October 1, 2021.
Posted by anim8trix at 12:00 AM