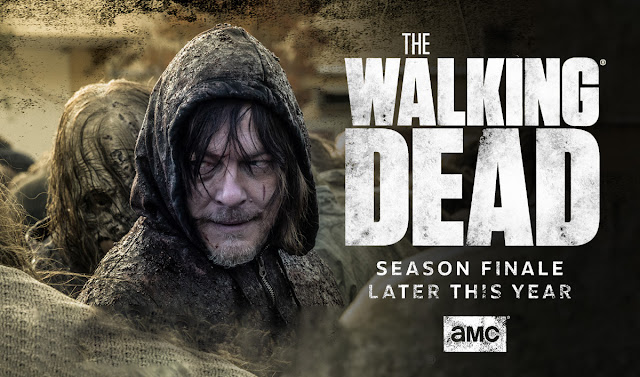 The Walking Dead depicts a fictional group of heroes struggling to maintain their way of life in a post-apocalyptic, walker-infested world. But sometimes unexpected real-world events offer up its own set of unique challenges.

Today, AMC announced that current events have unfortunately have made it impossible to complete post-production of The Walking Dead‘s upcoming Season 10 Finale. As such, the current season will end with Episode 15 on Sunday, April 5. The planned finale will appear as a special episode later in the year.

In Season 10, with the Whisperer War upon them, the collective communities must come together and possibly sacrifice all they have to find a way to silence the Whisperers once and for all. Otherwise they face a certain doom. In Episode 15, the communities prepare for the final battle of the Whisperer War.
▶ Watch the Trailer
Posted by anim8trix at 12:00 AM