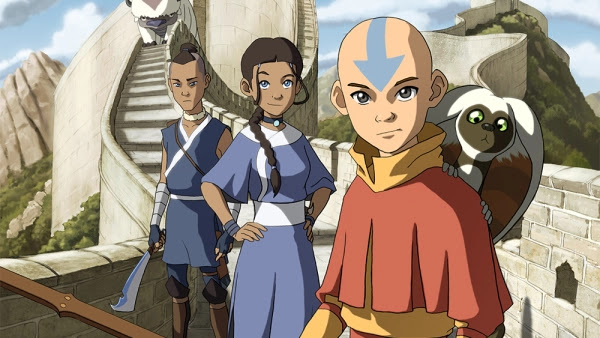 “Many of you have been asking me for updates about the ‘Avatar’ live-action Netflix series,” DiMartino wrote in an open letter on his website early Wednesday morning. “I can finally tell you that I am no longer involved with the project. In June of this year, after two years of development work, Bryan Konietzko and I made the difficult decision to leave the production.”

DiMartino went on to say that when he and Konietzko first signed on to make the series Netflix was committed to working with them on their vision for the show. “Unfortunately, things did not go as we had hoped,” he wrote.

“Look, things happen. Productions are challenging,” he continued. “Unforeseen events arise. Plans have to change. And when those things have happened at other points during my career, I try to be like an Air Nomad and adapt. I do my best to go with the flow, no matter what obstacle is put in my way. But even an Air Nomad knows when it’s time to cut their losses and move on.”

He also assured fans that he is still involved in the “Avatar” universe, which has seen renewed interest since “The Last Airbender” became available on Netflix, with “Legend of Korra” set to join it this week.

“And who knows? Netflix’s live-action adaptation of Avatar has the potential to be good,” he wrote. “It might turn out to be a show many of you end up enjoying. But what I can be certain about is that whatever version ends up on-screen, it will not be what Bryan and I had envisioned or intended to make.” 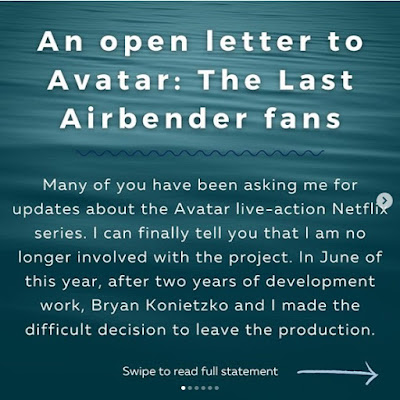 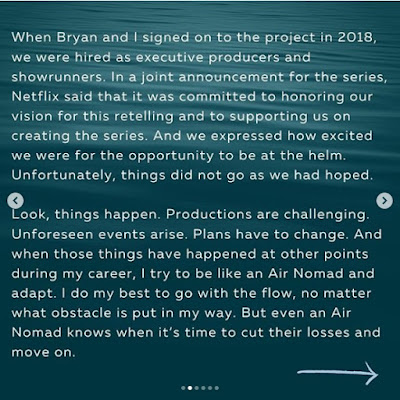 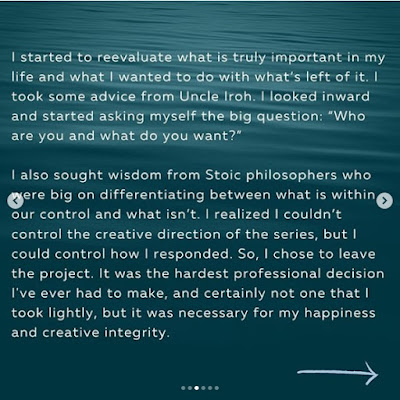 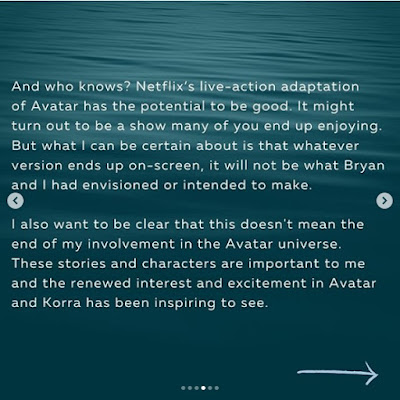 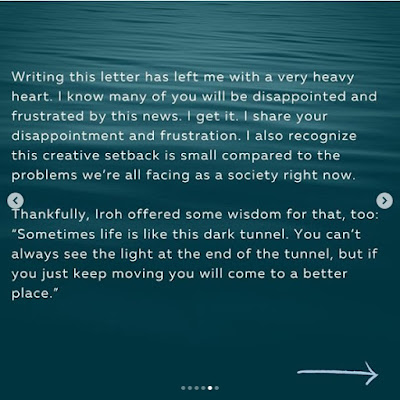 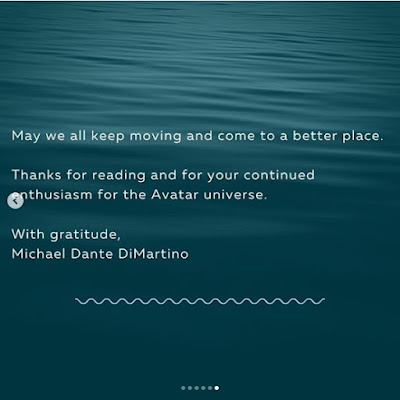 He closed by quoting the show’s character Iroh, who said, “Sometimes life is like this dark tunnel. You can’t always see the light at the end of the tunnel, but if you just keep moving you will come to a better place.”

According to an individual with knowledge of the situation, the project is still moving forward at Netflix with Nickelodeon, Dan Lin, and Lin’s company Rideback still attached.

“We have complete respect and admiration for Michael and Bryan and the story that they created in the Avatar animated series,” a Netflix spokesperson said in a statement. “Although they have chosen to depart the live action project, we are confident in the creative team and their adaptation.”

The live-action version of the hit Nickelodeon animated series was first ordered at Netflix in September 2018. The animated version aired for three seasons on Nickelodeon from February 2005 to July 2008. The series received substantial acclaim during its run, picking up multiple Annie Awards, Genesis Awards, a Primetime Emmy Award, and a Peabody Award. The sequel series, “Legend of Korra,” aired for four seasons from 2012-2014. 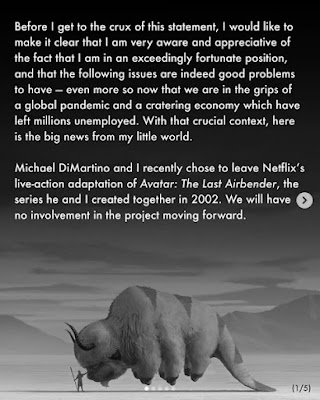 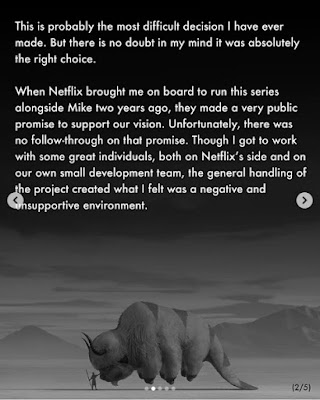 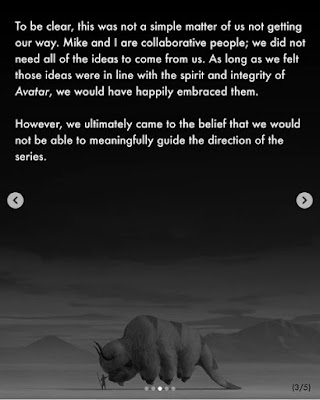 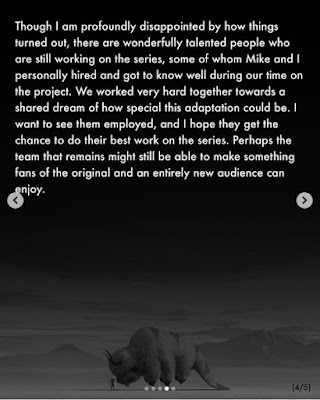 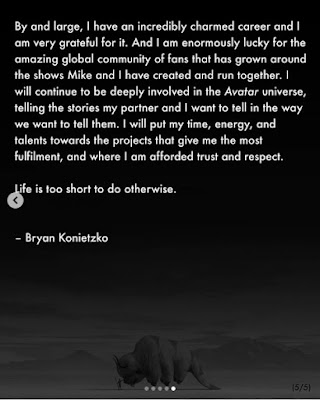