OTAQUEST CONNECT is this weekend! 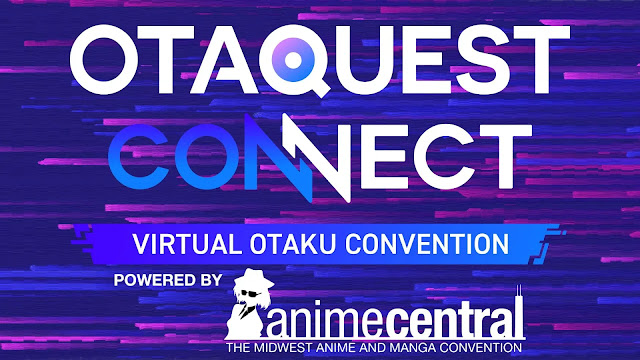 OTAQUEST CONNECT
VIRTUAL OTAKU CONVENTION
OTAQUEST CONNECT is just days away at this point, and we’re beyond excited to hang out with you all this weekend! You’ve all been patiently waiting for the final details on the event to come out, and today we’re finally tying up some of those loose ends.

Starting things off, we’ve announced the schedule of events for the weekend. Things kick off at 1pm CDT on Saturday, August 15th and will play out in the following order:

PLUGGED IN is going to run into the night, and we’ll be announcing the timetable in the next couple of days!

Sunday, August 16th is also kicking off at 1pm CDT and runs in the following order:

Both days will be streaming for FREE on the official OTAQUEST twitch channel.

We’ve seen a number of people lamenting the inability to get autographs due to the event being online. We actually considered that when we started planning and will be giving you the chance to win an autograph from the guest of your choice.

Each participant of OTAQUEST connect has autographed a signboard which we’ll be giving away to one lucky winner per guest. To enter just do the following this weekend:

Your tweet can be anything you want as long as it relates to their appearance at CONNECT. It could be comments, an interesting moment, or even just your love for the guest! We’ll select the winners in the week following the event. Participation is open to all fans worldwide and you can enter for as many guests as you like!