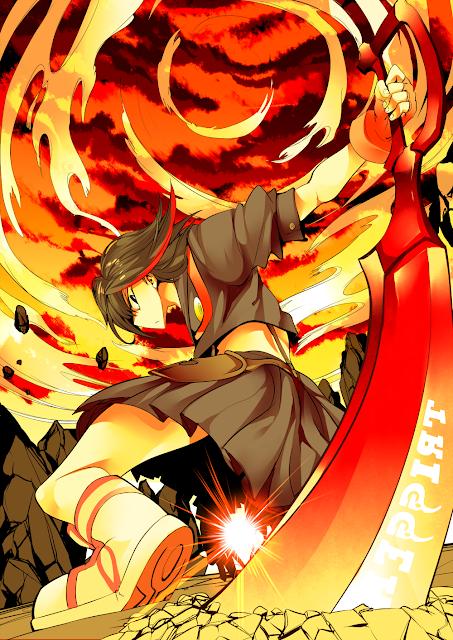 PLOT: Ryūko Matoi is a girl who travels with a single red scissor blade, searching for the wielder of the other blade who killed her father. She arrives at Honnōji Academy, a high school that lives in fear. It is ruled over by the fearsome student council, led by the student council president, Satsuki Kiryūin, who use powerful uniforms to crush anyone in their path. After suffering a crushing defeat at the hands of Satsuki, Ryūko comes across a possessed school uniform named Senketsu, who puts himself on Ryūko, granting her special abilities. Teaming up with Senketsu, Ryūko stands up against Satsuki and the student council to liberate Honnōji Academy from their iron grip and find out the truth behind her father's murder.
Posted by anim8trix at 12:30 AM