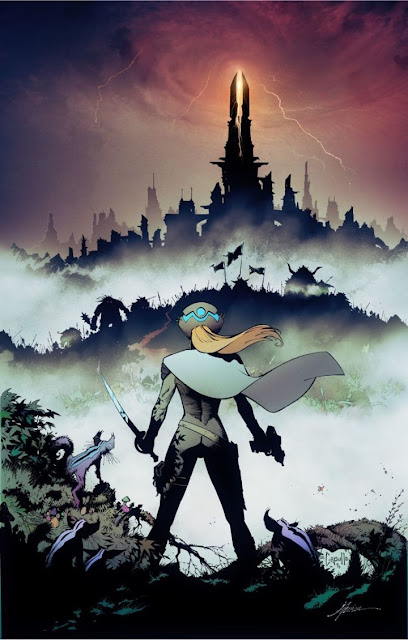 R  E  B  O  R  N
[Source: blastr] Mark Millar is one busy man. The super-prolific writer is going to release yet another comic book series that has him teaming up with DC Comics Batman artist Greg Capullo! Titled Reborn, the new monthly series will run over six months and will be launched in October from Millarworld.


So, what’s Reborn about? According to Deadline, the series will follow an 80-year-old woman named Bonnie Black, who’s afraid to die (who isn't?). When she does, she’s shocked to find there is a world beyond our own. Here’s the synopsis:


It’s not Heaven. It’s not Hell. It’s as real and hard as where we live now, but filled with the most amazing fantasy landscapes, jaw-dropping creatures and a battle raging between good and evil. The people she loved in this world — her father and her childhood dog — but oddly, not her husband who had passed over 14 years before. So she sets out to find him. She realizes that she has been reborn as a 25-year-old woman with a sword in her hand and gun of her hip and embarks on an adventure as she searches for the lost love of her life.


The property also has the potential of becoming a movie or a TV series. Here’s what Millar said of his new project:


“The idea is always to create the project and then find the right producer for it. We have an idea of who would be good for this one. It must be someone who will understand the story and is passionate about bringing our vision to the screen.”
Posted by anim8trix at 12:00 AM