Upon becoming the new Black Panther after the assassination of his father T'Chaka, T'Challa deals with the jealousy in the Wakandan royal court while looking for the man who killed his father. Unbeknownst to Black Panther, Klaw (the man who assassinated T'Chaka) has assembled a group of villains consisting of Batroc the Leaper, Juggernaut, the Vatican Black Knight, and the Russian Radioactive Man to help him take over Wakanda. 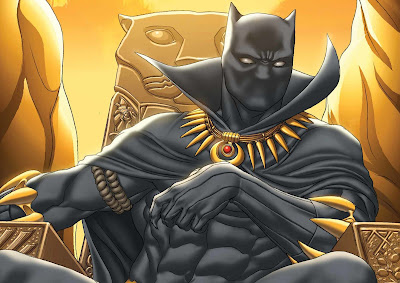 An American cartoon series by Marvel Knights Animation, Titmouse, inc. in partnership with Hudlin Entertainment and BET, based on the popular Marvel Comics superhero of the same name. It was the first animated television series produced by BET since Hey Monie!. Each of the six episodes of the series was 20 minutes in length.

The series was broadcast in the United States on BET in November 2011.