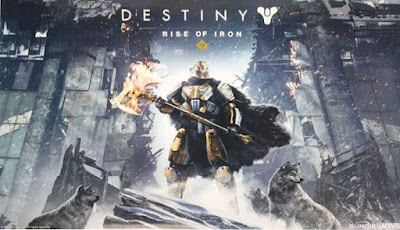 DESTINY: RISE OF IRON
Destiny: Rise of Iron is the next expansion to the Destiny universe. It features an all new cinematic story campaign set within The Plaguelands, a brand new location on Earth along with new weapons, armor, gear along and a six-player cooperative raid.