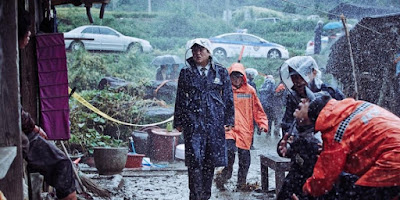 An entire town starts killing itself
Hot off its premiere at this year’s Cannes Film Festival, the latest from South Korean genre master Na Hong-jin (The Chaser, The Yellow Sea) is a mesmerizing, boundary-pushing horror-thriller unlike anything in theaters right now. After an old stranger appears in a peaceful rural village, rumors begin to spread about him as locals die one by one, as they grotesquely kill each other off for unknown reasons. With the village thrown into turmoil and the stranger under a cloud of suspicion from villagers and the local police, tension and dread mount to near-epic proportions in this gripping whodunit.