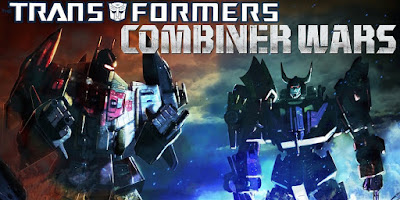 TRANSFORMERS: COMBINER WARS
[Source: ScreenRant] The universe of the Transformers franchise can be hard for even the most devoted fan to keep track of since it contains multiple animated series, comics and now feature films – each with multiple canons and continuities – spanning several decades where characters exchange names, bodies and personalities as often as new toys can be produced… and sometimes more than that. Case in point: Hasbro’s most recent big Transformers toy line, the nostalgia-focused “Combiner Wars,” features a new spin on the “gestalt-robot” characters from the original 80s series in an entirely new context.

Now, a new online animated series has been announced, which will give the Combiner Wars robots a new story of their own.

ComicBook.com is reporting the new series will be produced by Hasbro and Machinima and will debut online, reportedly aimed at older collectors and fans as opposed to the youth-focused Transformers cartoons that have recently appeared on broadcast television. Much of the storyline is being held for broadcast, early looks have indicated a retro cell-shaded art style similar to the recent Transformers: Devastation video games and a potentially prominent role for Windblade, a female Autobot “fan built” by a series of Hasbro online polls in 2013.

Take a look at the first images from Transformers: Combiner Wars via Collider: 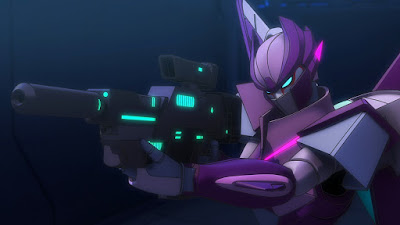 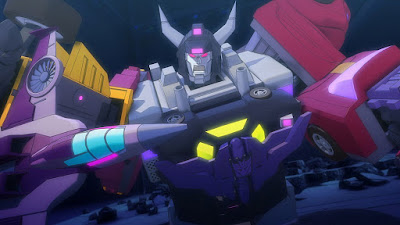 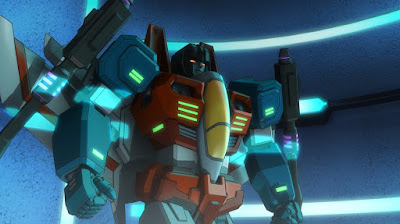 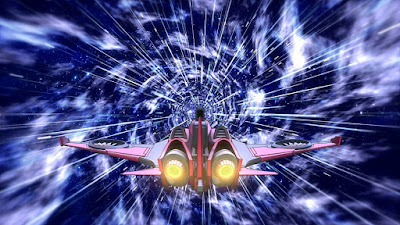 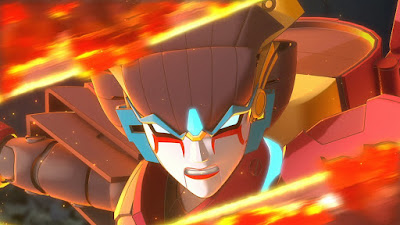 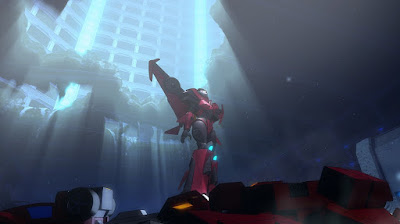 Launched in 2015 to much fanfare from the Transformers collector-community, the Combiner Wars line is focused on “team” characters like The Constructicons, Aerialbots, Terracons and others. These were typically “themed” sets of vehicles (construction equipment, military, police/medical) that combined to form a larger robot Voltron-style. Along with featuring more detailed, sturdier models than the original variations, the Combiner Wars figures also allow for the mixing and matching of parts between different gestalt-mode combinations.

Though the series is expected to follow the same “Generation 1″-callback aesthetic as the toy line (early screenshots show Starscream looking essentially identical to a cell-shaded version of his 1980s cartoon self), the storyline is not explicitly connected to a specific prior continuity – instead it’s being framed as a pseudo-sequel to a hypothetical alternate G1 setup with the Autobots and Decepticons returning to Cybertron following the “Great Earth War.” Optimus Prime and Megatron are (thus far) referred to in the past-tense, with the main plot involving an “uneasy peace” being threatened by the emergence of a new breed of Transformer – presumably the Combiners themselves.

A four-part prequel series, “Prelude to Combiner Wars,” will air on YouTube beginning June 28th, which will be followed by Transformers: Combiner Wars hitting August 2nd. The live-action Transformers: The Last Knight remains scheduled for theaters June 23rd, 2017.
Posted by anim8trix at 12:00 AM