S A D A K O   vs   K A Y A K O
The Ring vs The Grudge Baseball
[Source: ihorror] Some days you just have to stop and appreciate the world that you live in. As the release of the new movie Sadako vs. Kayako approaches (June 18 in Japan), the two cursed girls, from the Ringu (Ring) and Ju-On (The Grudge) franchises respectively, appeared at a baseball game between the Hokkaido Nippon-Ham Fighters and the Yakult Swallows at the Sapporo Dome in Japan to entertain the crowd for the ceremonial first pitch. 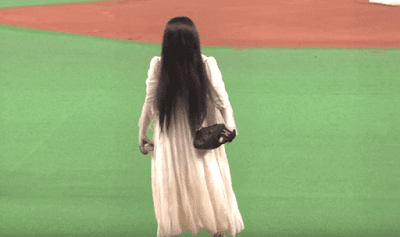 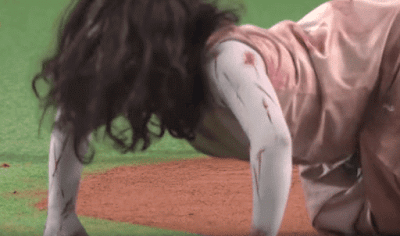 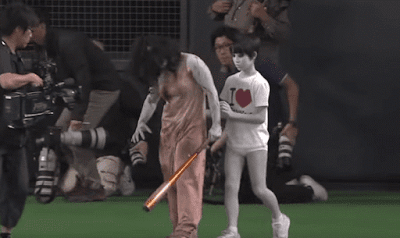 The event culminated in Sadako throwing a pitch to Kayako as Toshio watched.
This really has to be seen to believed. Thankfully, the whole thing is on YouTube.