All the Games coming out for Nintend Switch 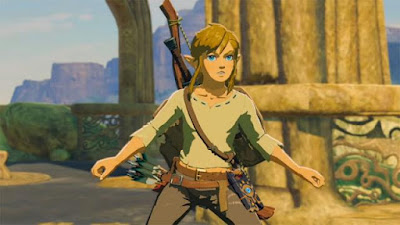 NINTENDO SWITCH GAMES
So far, here are all the games said to be arriving with the Nintendo Switch when it launches on March 3 for $299:
- "1, 2, Switch" is a party game for the Switch. It makes use of the Joy-Con as motion controllers for multiplayer experiences that look quirky and fun. It will release with the Switch at launch.

- "ARMS" is a motion-based game where players literally fight — using their real arms — but the moves are reflected in the game. Your fists extend out (in the game), like they have springs — it's a bit of a combination of shooter and fighting game. It looks rad! This game will also release with the Switch at launch.

- "Splatoon 2" is a sequel to the breakout hit "Splatoon," a third-person shooter on Nintendo's Wii U. The game was a major new entry from Nintendo in a category that it didn't compete in traditionally; "Splatoon 2" looks to continue the silly, thrilling competitive shooting made famous by the previous game. It will launch this summer.

- "Super Mario Odyssey" is a brand-new 3D Mario game, and the first large Mario-themed sandbox world since "Super Mario 64" on the Nintendo 64 and "Super Mario Sunshine" on the Gamecube. It's an absolutely gorgeous, bonkers-looking game with innovative, colorful gameplay. It will release in the holiday season later this year.

- "Xenoblade Chronicles 2" and "Fire Emblem Warriors" will satisfy anyone looking for an action-adventure games with a fantasy settings. Nintendo did not say when these games would launch.

- "Project Octopath Traveler" is a brand-new game from Square Enix.
- Games from the "Dragon Quest" series, including games 1 and 2 remade for Switch, as well as new games in "Dragon Quest X" and "Dragon Quest XI."

Nintendo says there are 50 different companies developing 80 games for the Switch.