John Hurt passed away at the age of 77 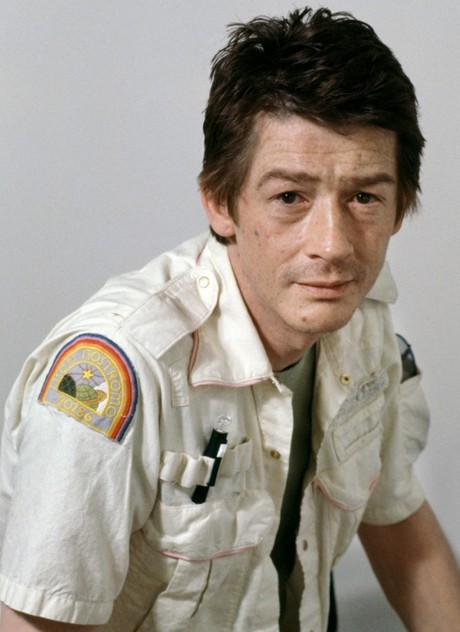 The actor received Academy Award nominations for playing a heroin addict in "Midnight Express" and the tortured John Merrick in David Lynch's "The Elephant Man." Hurt had a career that spanned over 50 years in television, film and voice work.  He terrified audiences in "Alien," and spoofed that very same scene in "Spaceballs."

As prolific as ever, Hurt recently appeared alongside Natalie Portman in the Oscar-nominated film "Jackie" as a priest who consoles the recently widowed first lady. Hurt leaves behind a few production credits, including Joe Wright's "Darkest Hour, where Hurt plays Neville Chamberlain.

The Telegraph reported that he was awarded a knighthood in 2014.

"I like being Sir John. It works, doesn’t it? Or John,” the actor said. “The only thing that sticks in my craw is when people say ‘Mr Hurt’. I tell them it’s no longer correct."

Hurt considered life and death during an interview in 2015 while fighting cancer.

“I can’t say I worry about mortality, but it’s impossible to get to my age and not have a little contemplation of it,” Hurt said. “We’re all just passing time, and occupy our chair very briefly.”

The wiry Hurt brought gravitas to Alan Parker's 1978 film "Midnight Express," for which he received a supporting actor Oscar nomination (he lost to Christopher Walken for "The Deer Hunter") and an uneasy humor to Kane in Ridley Scott's "Alien," immortalized by his disturbing death scene, which Mel Brooks later poked fun at with Hurt's help in "Spaceballs."

"It was terribly sad today to learn of John Hurt's passing," Mel Brooks wrote on Twitter. "He was a truly magnificent talent."

Hurt is unrecognizable in perhaps his most memorable role as the lead in David Lynch's "The Elephant Man." He endured eight hours in the makeup chair daily to transform into John Merrick. The elaborate mask prohibited him from sleeping lying down or even eating while it was on. His would eat his last meal midmorning as the mask was being applied -- usually raw eggs mixed in orange juice -- and not again until after midnight.

"To be quite honest, the film was misery to make because of the physical problems, so if it's working I'm jumping for joy," Hurt said in a 1980 interview.  Hurt did score a lead actor Oscar nomination for the role, but lost out to Robert De Niro's performance in "Raging Bull." 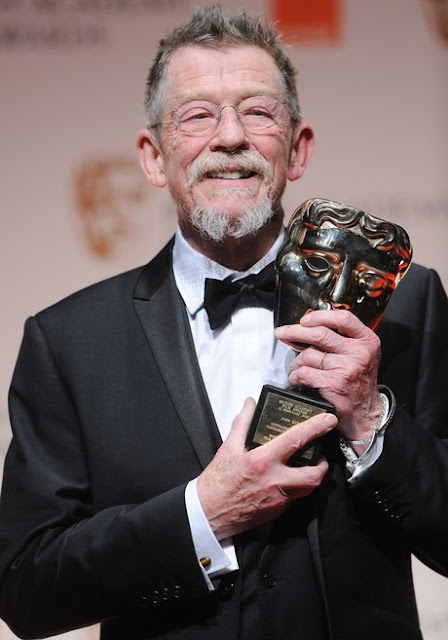 Hurt was also a prolific voice actor, appearing as Hazel in the animated "Watership Down," and as Aragorn in Ralph Bakshi's "The Lord of the Rings." He also voiced The Horned King in "The Black Cauldron" and provided the narration for "Dogville."

In the "Harry Potter" films, Hurt played the wand-maker Mr. Ollivander. In recent years, he appeared in notable fare such as "Melancholia," "Tinker Tailor Soldier Spy," "Only Lovers Left Alive" and "Snowpiercer."

"We're all just passing time, and occupy our chair very briefly," Hurt said in a 2015 interview while undergoing treatments for the early stage cancer.

As prolific as ever, Hurt recently appeared alongside his "V for Vendetta" co-star Natalie Portman in the Oscar-nominated film "Jackie" as a priest who consoles and advises the recently widowed first lady.

Hurt leaves behind a few in production credits, including Joe Wright's "Darkest Hour" which is listed as still filming. Hurt plays Neville Chamberlain in the film about Winston Churchill's charge against Hitler. Gary Oldman plays Churchill.