Your Name. Is Coming To Theaters April 7th!

Separated By Distance
Connected By Fate 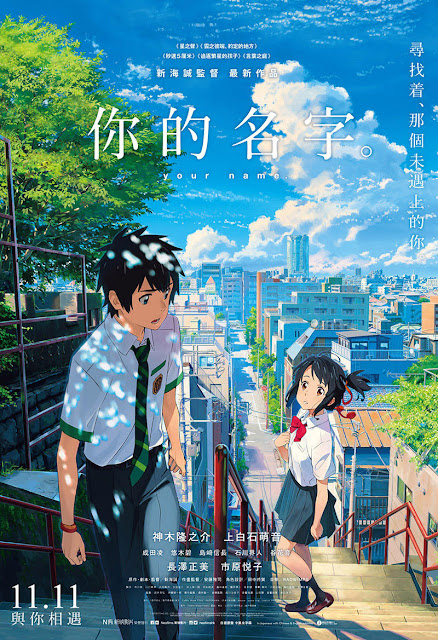 Makoto Shinkai's latest masterpiece, Your Name. has quickly risen as one of the top anime films in the world. Award winning and under consideration for an Oscar, this number-one film is finally coming to North American theaters on April 7th, presented in both Japanese with English subtitles and English dub.

This release will also include the newly dubbed English soundtrack recorded by the Japanese band, Radwimps—which has not been debuted in any previous theatrical release!

Mitsuha and Taki are complete strangers living separate lives until they suddenly switch places. Mitsuha wakes up in Taki's body, and he in hers. This occurrence happens randomly, and they must adjust their lives around each other. Yet, somehow, it works. They build a connection by leaving notes for one another until they wish to finally meet. But something stronger than distance may keep them apart.
Posted by anim8trix at 12:00 AM