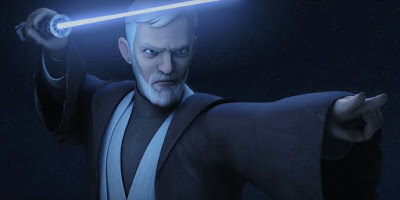 New Episodes Starting January 7, 2017
Lucasfilm and Disney XD have released a new mid-season trailer for Star Wars Rebels along with stills from the next new episode, the two-part “Ghosts of Geonosis” set to premiere on January 7, 2017, at 8:30 PM (Eastern). Among other things, the trailer picks up several loose plot points from the first half of the show’s third season and includes some forward-looking nods to events from the movie Rogue One (which itself featured several nods to Star Wars Rebels). 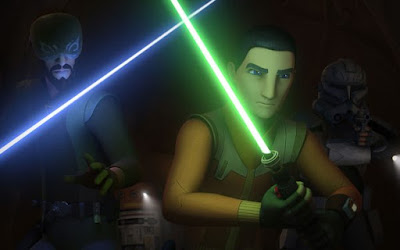 OFFICIAL PLOT SYNOPSIS: The crew returns to Geonosis in search of a missing rebel team sent to investigate suspicious activity there, and they are surprised by what they find. After finding a missing rebel team member, the Ghost crew discovers another surprise on Geonosis, and they work to conceal it from Imperial forces. 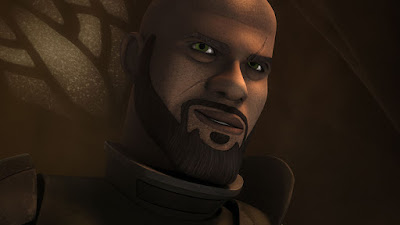 Forest Whitaker, who stars as Rebel freedom fighter Saw Gerrera in Rogue One: A Star Wars Story, provides the voice of the character as he makes his debut on Star Wars Rebels.
Posted by anim8trix at 12:00 AM