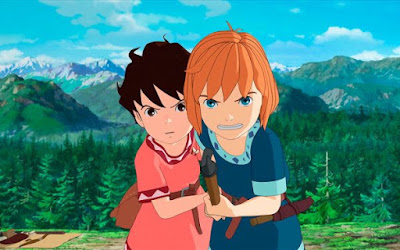 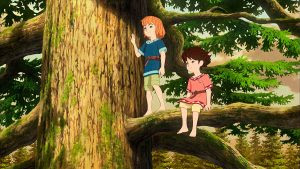 English version narrated by Gillian Anderson,
series directed by Gorō Miyazaki
and presented by Studio Ghibli and Saltkråkan
[Source: ToonZone] Amazon today announced its original kids series, Ronja, the Robber’s Daughter, is set to premiere on Prime Video on January 27 in the US and UK. An animated adventure for kids and families, the new series is narrated by Golden Globe Award-winning actress Gillian Anderson (The X-Files), directed by Gorō Miyazaki (Up on Poppy Hill, Tales from Earthsea), and presented by the Academy Award-winning Studio Ghibli (Spirited Away, Howl’s Moving Castle) and Saltkråkan (the Astrid Lindgren Company). Ronja, the Robber’s Daughter is already a full-fledged hit in Japan, winning the International Emmy Award for “Best Kids Animation.” The series is based on the wildly-popular children’s fantasy book of the same name by noted Swedish author Astrid Lindgren (Pippi Longstocking), which has sold approximately 10 million copies worldwide since its release in 1981, and been translated into 41 languages and adapted for film and television internationally. 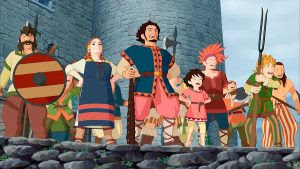 Ronja, the Robber’s Daughter is an epic 26-part story of 10-year-old Ronja (Teresa Gallagher), born on a stormy night in a mountain fort, surrounded by her father (Rufus Hound), mother (Morwenna Banks) and a loving band of robbers. She grows to be a strong girl, and discovers that the forest is both a beautiful and frightening place inhabited by strange creatures. She befriends Birk (Kelly Adams), the son of her father’s rival, and so begins the drama of her friendship and family loyalties. Viewers follow along as she explores and understands these key factors in her life, and discovers that seemingly irresolvable choices can finally be made with the help of love and understanding. 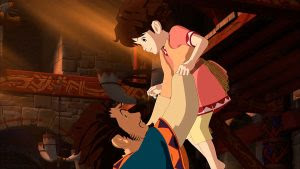 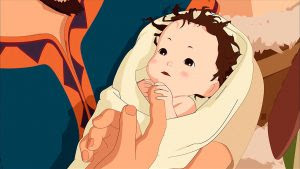 “We’re thrilled to be collaborating with Studio Ghibli on their first television series, excited to have the talented Gillian Anderson narrate, and proud to bring Astrid Lindgren’s well-loved novel to life,” said Tara Sorensen, Head of Kids Programming at Amazon Studios. “We look forward to sharing this incredible story of love, family and friendship with our customers.” 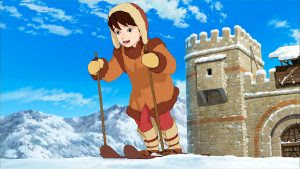 “With Ronja, the Robber’s Daughter, Astrid Lindgren seems to be telling children to believe in their own power to grow, whilst telling adults to learn more from children,” said Director Gorō Miyazaki. “Mutual respect will attain freedom in the true sense of the word.” 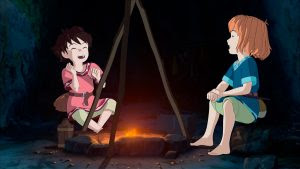 Ronja, the Robber’s Daughter is part of Prime Video’s growing line-up of award-winning and critically-acclaimed Originals for kids and families. The series will be available for Prime members to stream and enjoy using the Amazon Video app for compatible TVs, connected devices, including Amazon Fire TV and mobile devices, or online at www.amazon.com/originals, at no additional cost to their membership. Prime members can also download select titles to mobile devices for offline viewing. Eligible customers who are not already Prime members can sign up for a free trial at www.amazon.com/prime. For a list of all Amazon Video compatible devices, visit www.amazon.com/howtostream. Ronja, the Robber’s Daughter will also be available as part of Amazon FreeTime Unlimited, the all-you-can-eat subscription service designed from the ground up for kids. FreeTime Unlimited is available exclusively on Amazon devices, including Amazon Fire TV and Fire tablets, and a year-long subscription is included with every Fire Kids Edition.
Posted by anim8trix at 12:00 PM