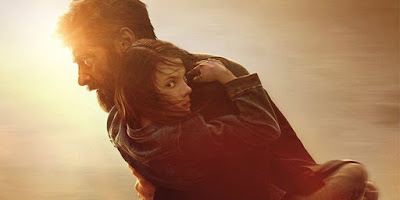 The movie sees the return of Hugh Jackman as the Adamantium-clawed mutant for the ninth (including cameos) and final time (unless Ryan Reynolds manages to convince him to return for the upcoming Deadpool 2) and Sir Patrick Stewart as an aging Charles Xavier.

Based on Marvel’s highly popular Old Man Logan comics, the R-rated comic book movie is set in 2029, where mutants are a dying breed due to a virus, Logan’s healing powers are failing and Professor X is losing his memories. If that wasn't bad enough, there's also a shadowy government organization called Transigen that's snatching young mutants and turning them into deadly weapons.

The new trailer revolves around the young female version of Wolverine named Laura Kinney, who's a feral little thing. I have to say I had some amazing chills when I saw Logan and her fight side by side in the trailer below. Also, how cool is that Meta bit with that X-Men comic? VERY cool!! Here's the official synopsis:


In the near future, a weary Logan cares for an ailing Professor X in a hide out on the Mexican border. But Logan's attempts to hide from the world and his legacy are up-ended when a young mutant arrives, being pursued by dark forces.

The cast also includes Boyd Holbrook as Donald Pierce, the leader of a team of mutant-hatin' cyborgs called the Reavers, Stephen Merchant as Caliban and Richard E. Grant as Dr. Zander Rice, the main villain of the piece and the creator of X-23.

Logan will open in theaters on March 3.
Posted by anim8trix at 12:00 AM