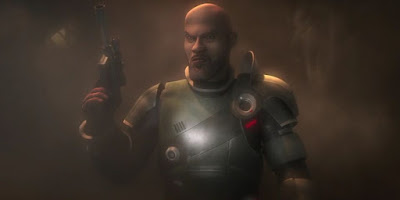 SAW GERRERA RETURNS IN REBELS
[Source: blastr] After bringing Saw Gerrera to life in Rogue One: A Star Wars Story, it’s been officially announced that Forest Whitaker will be reprising the role of the Rebel insurgent in Disney XD’s Star Wars Rebels.

The character was first introduced in the previous Star Wars animated series The Clone Wars, where Saw fought alongside a then-Jedi Knight Anakin Skywalker before making the jump to live action with Rogue One. And now the character is returning to his animated roots with Star Wars Rebels, and he’s bringing Whitaker with him. Here’s what Rebels executive producer Dave Filoni said (via Entertainment Weekly) about Whitaker's research into the character:

“Forest really wanted to know a lot about the character. He watched The Clone Wars episodes with his character and I had some detail for him about things George [Lucas] and I discussed. It gave him more time to develop the character as far as, ‘How did he get there?’” 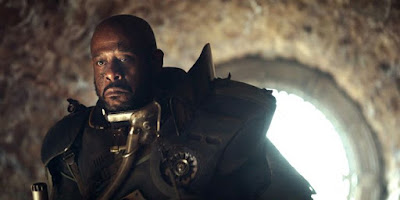 Saw will meet up with the Ghost crew during a two-part episode titled “Ghost of Geonosis,” kicking off on Jan. 7. In the clip and video featurette below — which includes an explosive entrance from Saw, video interviews and some cool concept art — seems like we’ll see the very early beginnings of the Death Star (the title is a direct Clone Wars reference to the planet where the Empire’s weapon of mass destruction was first built), except no one knows this is going to be the Death Star yet.


Filoni worked with Lucasfilm story group chief Kiri Hart and Rogue One helmer Gareth Edwards to work out a way to bring a younger Saw Gerrera to the world of Rebels. And he’s far from the version we saw in the movie.


“He’s not quite as beat up as you see him [in Rogue One],” Filoni says. “I never wanted to go into a lengthy thing about this is how Saw lost his foot. It’s more about his philosophy and who he is and what he thinks about the Rebellion — and how they go about resisting the Empire.”


Check out the video below, and let us know what you think about Forest Whitaker reprising the role of Saw Gerrera for Star Wars Rebels. Are you excited to see the character return to fight the good fight alongside the Ghost crew come January?
Posted by anim8trix at 12:00 AM