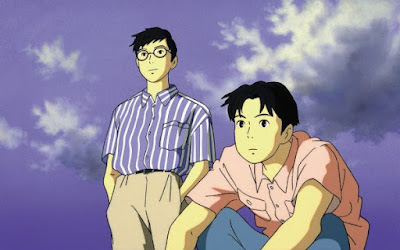 THE PREVIOUSLY UNRELEASED FEATURE WILL BE IN THEATERS STARTING DECEMBER 28th AT IFC CENTER IN NY AND ONE NIGHT ONLY AT EGYPTIAN THEATRE IN LA
[Source: ToonZone News] GKIDS, the producer and distributor of award-winning animation for both adult and family audiences, announced that it will release Studio Ghibli’s OCEAN WAVES, which has been unreleased in the U.S. until now. The film will play starting on December 28th at IFC Center in New York, and one night only in Los Angeles at the Egyptian Theatre, in a new 4K restoration. The film will then be released on home video formats in Spring 2017. 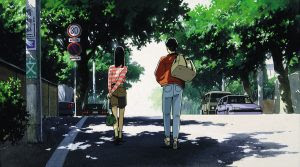 OCEAN WAVES is directed by Tomomi Mochizuki and written by Kaori Nakamura, which was adapted from a novel of the same name by Saeko Himuro. The film was originally made in 1993 for Japanese television. 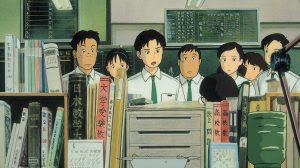 SYNOPSIS
Rarely seen outside of Japan, OCEAN WAVES is a subtle, poignant and wonderfully detailed story of adolescence and teenage isolation. Taku and his best friend Yutaka are headed back to school for what looks like another uneventful year. But they soon find their friendship tested by the arrival of Rikako, a beautiful new transfer student from Tokyo whose attitude vacillates wildly from flirty and flippant to melancholic. When Taku joins Rikako on a trip to Tokyo, the school erupts with rumors, and the three friends are forced to come to terms with their changing relationships.

OCEAN WAVES was the first Studio Ghibli film directed by someone other than studio founders Hayao Miyazaki and Isao Takahata, as director Tomomi Mochizuki led a talented staff of younger employees in an adaptation of Saeko Himuro’s best-selling novel. Full of shots bathed in a palette of pleasingly soft pastel colors and rich in the unexpected visual details typical of Studio Ghibli’s most revered works, OCEAN WAVES is an accomplished teenage drama and a true discovery. 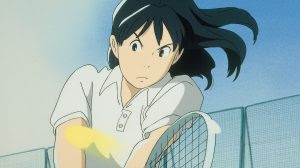 ABOUT GKIDS
GKIDS is the acclaimed producer and distributor of award-winning feature animation for both adult and family audiences. Since 2010, the company has scored an unrivaled eight Best Animated Feature Oscar nominations – second only to Disney/Pixar – with The Secret of Kells in 2010, A Cat in Paris and Chico & Rita in 2012, Ernest & Celestine in 2014, The Tale of The Princess Kaguya and Song of the Sea in 2015, and Boy and the World and When Marnie Was There in 2016. GKIDS is an executive producer of Cartoon Saloon’s The Breadwinner, which is slated to release stateside in 2017. GKIDS also handles North American theatrical distribution for the famed Studio Ghibli library of films, one of the world’s most coveted animation collections with titles Spirited Away, My Neighbor Totoro, Princess Mononoke and others. www.gkids.com
Posted by anim8trix at 12:00 AM