One of the Best Zombie Movies Ever... 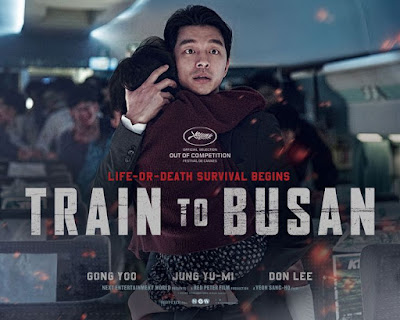 TRAIN TO BUSAN
Train to Busan is a 2016 South Korean zombie apocalypse horror thriller film directed by Yeon Sang-ho and starring Gong Yoo, Jung Yu-mi and Ma Dong-seok. The film had its premiere in the Midnight Screenings section at the 2016 Cannes Film Festival on May 13, 2016. On August 7, the film set a record as the first Korean film of 2016 to break the audience record with over 10 million theatergoers. An American version of the movie is being planned.

Train to Busan is a harrowing zombie horror-thriller that follows a group of terrified passengers fighting their way through a countrywide viral outbreak while trapped on a suspicion-filled, blood-drenched bullet train ride to Busan, a southern resort city that has managed to hold off the zombie hordes... or so everyone hopes.

Animatrix Review: First you had Snakes on a Plane, now you have Zombies on a Train. This is, hands down, one of the best zombie movies ever made. There are moments of terror where you'll find yourself shouting out loud, "Oh sh*t, RUN!" This is definitely a must-see for all you running dead fans.
95% on RottenTomatoes

- Animatrix
HIGHLY RECOMMENDED
Posted by anim8trix at 12:00 AM