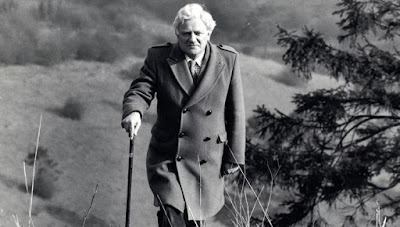 RICHARD ADAMS
(May 9, 1920 – December 24, 2016)
[Source: blastr] Acclaimed British author Richard Adams passed away on Christmas Eve at the age of 96 years, just short of the fabled century mark.  If you are of a certain age, growing up in the 1970s, reading Adams' Watership Down was sort of a rite of passage, leading to lifetimes of reading, imagining and dreaming of living with the heroic rabbits Fiver, Bigwig, Hazel, Holly and Blackberry.

The 1972 novel was actually classified as a children's book when it reached America but it transcended that limited definition with its complex world of brutality, politics, religion, hope and despair among tribes of intelligent rabbits.  A better, more modern interpretation might be "Game of Thrones with bunnies."  I first read the thick 400-page paperback novel when I was 11, and while I wasn't immediately aware of the more sophisticated philosophical and psychological components of Adams' saga, it was an extremely emotional and rewarding read.  I highly recommend picking up a copy if you have not had the pleasure of Adams' poignant prose. 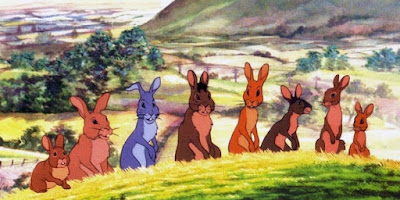 W A T E R S H I P   D O W N
The award-winning book centered around the lives of English rabbits has gone on to sell 50 million copies and remains a constant selection in classrooms, book clubs and library wait lists around the world.  A 1978 animated film directed by Martin Rosen delivered a faithful adaptation of the novel and a new BBC mini-series is currently in production, this time rendering the Watership Down rabbits in CGI.  Apparently the idea of his rabbits being brought back to life by the BBC in 2017 offered the author "great composure and comfort" in his waning hours.

“I assured him that he was much loved, that he had done great work, that many people loved his books,” his daughter Juliet Johnson told BBC Radio 4. 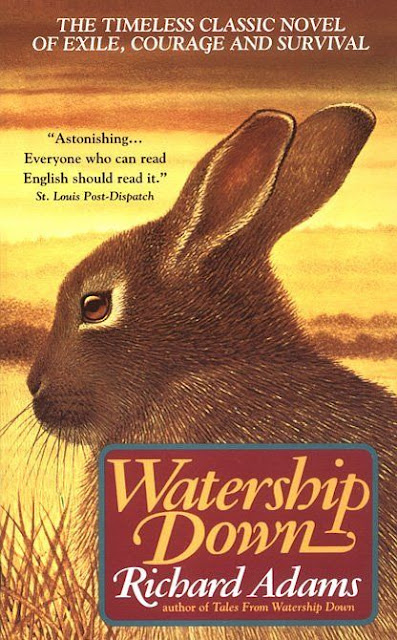 Besides Watership Down, Adams also wrote Shardik, the 1974 fantasy tale of a mythological great bear and the young hunter pursuing it. A collection of 19 short stories, titled Tales From Watership Down, was published in 1996 and returned to the familiar warrens of the legendary rabbits introduced in the original novel.